A federal appeals court on Friday refused to stop the cancellation of a Trump-era border policy that allows law enforcement to swiftly expel migrants caught entering the country illegally.

Republican officials from 19 states implored the U.S. Court of Appeals for the District of Columbia Circuit to suspend a November lower court ruling that ordered the pandemic-era program, known as Title 42, to end on Dec. 21.

The three-judge panel that reviewed the emergency request said that the states waited too long to make the case to keep Title 42 in place.

“In this case, the inordinate and unexplained untimeliness of the States’ motion to intervene on appeal weighs decisively against intervention,” the panel wrote in its four-page opinion on Friday, according to CBS News.

Republican, and some Democratic, lawmakers have warned that there will be a spike in migrant arrivals because of the court-ordered termination of the policy, which the Biden administration also sought to wind down.

Title 42 was implemented at the onset of the COVID-19 pandemic as a way to remove border crossers, including asylum seekers, for public health reasons without hearing their cases to stay.

White House press secretary Karine Jean-Pierre insisted on Thursday that the Biden administration is “taking the steps to prepare” for a migrant surge when Title 42 comes to end next week.

“Look, what the American people should know is that we have taken the steps, we are taking the steps to prepare for when Title 42 is lifted next week,” Jean-Pierre said, adding, “this is an administration that has taken this very, very seriously.”

They are now expected to make an appeal to the U.S. Supreme Court to stay the policy termination order. 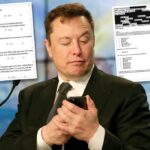 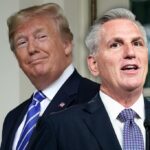