Boston Marathon bomber Dzhokhar Tsarnaev is renewing his push to avoid execution — close to a year after the Supreme Court reinstated his death sentence for the horrific attack.

Tsarnaev’s attorneys on Tuesday urged a federals appeal court to consider reversing the the 29-year-old’s death sentence because of juror misconduct claims.

They claim two jurors lied about discussing the case on social media before they were seated for the trial in 2015, an argument the US Supreme Court did not mention when reinstating his death sentence in March 2022.

One juror said she had not commented about the case online, but had retweeted a post that called Tsarnaev a “piece of garbage,” the lawyers argued.

Another juror was told by a friend to “get on the jury” in order to get Tsarnaev “to jail where he will be taken care of,” according to the attorneys.

His lawyers raised concerns over these jurors during selection, but the judge did not look into them further, they claim.

“This case was tried in Boston on a promise … that despite the extraordinary impact of the marathon bombing on this community,” a thorough questioning of potential jurors would remove anyone unqualified, said Tsarnaev’s defense lawyer Daniel Habib. “That promise was not kept.”

Habib said the judge rebuffed a request to question those jurors further, which he argued was a violation of Tsarnaev’s right to a fair trial.

William Glaser, an attorney with the Department of Justice, said in response that even though the jurors gave an inaccurate depiction of their social media histories, the judge was within his discretion to not require additional questioning.

US Circuit Judge O. Rogeriee Thompson said it was “hard to understand” how the evidence didn’t raise a potential claim of juror misconduct.

US Circuit Judge William Kayatta, meanwhile, also pondered, “Don’t we need to know why it was inaccurate before we know whether it was evidence of some bias or an innocent mistake.”

Tsarnaev and his older brother, Tamerlan Tsarnaev set off two bombs that killed 23-year-old Lingzi Lu, 29-year-old Kyrstle Campbell and 8-year-old Martin Richard and wounded scores more at the end of the marathon finish line nearly a decade ago.

His lawyers have maintained that he should not be put to death because his brother, who died in a gun battle with police, had radicalized him and was the true mastermind behind the 2013 attack.

Tsarnaev was convicted of all 30 charges against him in 2015 and sentenced to death.

The 1st Circuit overturned Tsarnaev’s death sentence in 2020 after discovering his lawyers were wrongly barred from presenting certain evidence and that prospective jurors were not questioned enough about certain topics, including their news consumption about the bombings, though that decision was later reversed by the Supreme Court. 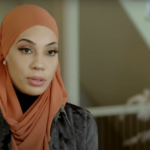 Shaeeda Net Worth, How She Makes Money 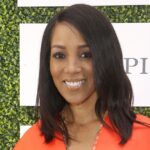 Who Is Shaun Robinson? ’90 Day Fiance’ Tell-All, ‘Bares All’ Host