Chad and Jennifer Brackeen, a white couple from Texas, never imagined expanding their family by adopting Native American children would take them all the way to the Supreme Court.

But that’s where the 42-year-old parents from outside Fort Worth found themselves Wednesday as the lead plaintiffs in a federal lawsuit challenging the constitutionality of the Indian Child Welfare Act — a law passed by Congress in 1978 that prioritizes placing Native American children in foster or adoptive homes with tribal relatives.

In June 2016, the Brackeens first welcomed a 9-month-old boy, identified in court records as A.L.M., as a foster child in their home. He was an infant who appeared “scared and confused,” Jennifer and Chad told The Post. But since the baby had a Navajo mother and a Cherokee father, state adoption officials told the couple he would likely be in their home for just months.

The Brackeens then sought to formally adopt the “loving and thriving” boy in June 2017 after both of his biological parents’ rights were terminated.

“We were the only parents he knew,” the couple told The Post. “Although we don’t share his heritage, we were learning to embrace it, encourage it and foster him and his heritage. It was in his best interest to stay in our family.”

The Brackeens later learned that Navajo Nation social workers found an unrelated tribal couple from Arizona who were a preferred placement for the boy. Despite experts testifying on his attachment to Jennifer and Chad, a Texas judge ruled in favor of the tribe.

“With only 2 days’ notice, we were told our son would be leaving our family forever,” the Brackeens said. “It was here that we felt the full weight of the flaws in this law.”

The Texas couple obtained an emergency stay of the judge’s order and proceeded to file the federal lawsuit now being heard before the Supreme Court. Navajo Nation tribal officials later approved the adoption on Jan. 8, 2018 — a “day to be celebrated” for the Brackeens, they said.

But the family’s adoption saga took another turn in June 2018 when A.L.M.’s biological mother gave birth to his half-sister, identified in court documents as Y.R.J. Jennifer and Chad filed for custody, arguing that keeping the siblings together would be best for them, but Navajo Nation countered for custody to go to the girl’s great-aunt who lived on a reservation.

A Texas judge ruled the Brackeens would have primary custody, but needed to take the girl to the Navajo reservation for extended summer visits. A state appellate court later ordered a new trial when both sides appealed that ruling.

The Brackeens insist the child welfare law intended to protect Native American children, including the now-4-year-old girl, is “antiquated” and fails to prioritize her best interests.

“It’s extremely important to our children and Native children across the country,” Chad Brackeen said of the high court’s ruling in the case. “We feel that the law needs to be revised in a way that will benefit the best interests of all children.”

There’s no threat of the Brackeens losing custody of their adopted son, who is now 7, but the Supreme Court decision in Brackeen v. Haaland — expected sometime next spring —could impact his half-sister’s final placement. A Texas family court trial regarding the girl’s adoption is set for December.

“As parents, of course, we’re anxious because this is about our family and the results of this could change our family drastically,” Jennifer Brackeen, an anesthesiologist, told The Post. “But we’re trying to stay optimistic because we’re not ready to face the repercussions if we’re not successful.”

Chad, clearly jarred by that prospect, said he’s “hopefully optimistic” the family of six, including the couple’s two biological 13- and 11-year-old sons, will stay intact.

“I don’t think anyone could prepare themselves,” he said of losing custody of a child who has lived with him since infancy. “That would be an earthquake for our family.”

Nearly 500 of the 574 federally recognized tribes want the Supreme Court to uphold ICWA and 23 state attorneys general, including New York’s Letitia James, announced their support of the law in a brief filed in August.

The bipartisan coalition also shot down the Brackeens’ claim that ICWA “impermissibly classifies individuals on the basis of race” in violation of the Equal Protection Clause of the Fourteenth Amendment.

But Chad said his family’s experience shows ICWA — which requires state courts to try to keep Native families together — hurts the very children it was designed to protect and risks removing them from “loving” homes where they’ve already bonded with adopted families.

“There’s a law that’s affecting us that’s risking the established bonding and attachment and loving home that our children find themselves in because of their Indianness,” he said. “Family and heritage are important to a child, but not at the expense of repeated breaking of bonds and attachment.”

Jennifer insists it would be inhumane to separate Y.R.J. from the family, especially her half-brother.

“As a mom, the crux of the issue for me is that it’s cruel to remove a child from a home after they’ve bonded and formed a family and see us as their mom and dad,” she said. “We’re trying to take one day at a time, which is what we’ve tried to do for the last five years.” 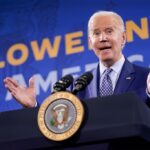 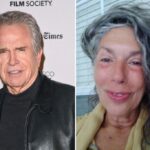