A brave Brazilian couple died after jumping into the ocean to save their 13-year-old son from drowning.

The tragedy occurred on the morning of January 10, 2023, while Felisberto Sampaio, 43, Inalda Sampaio, 42, and their son were visiting Camaçari Beach in João Pessoa City, Paraíba State, Jam Press reported.

Their seaside escape went south after Felisberto and Inalda noticed their son struggling in the surf. The petrified parents ventured out into the waves to try and save their kin but drowned in their rescue attempt.

Thankfully, their son was eventually rescued by local fishermen and another family member.

Shortly after that, emergency services arrived on the scene and hauled the Sampaios out of the water. They tried to revive the brave parents, but to no avail, as both perished at the scene.

The now-orphaned teen was subsequently treated by medics on the beach and then transported to the hospital, where he is reportedly recovering.

The victims’ local priest Leonardo Meneses has since paid tribute to the courageous couple.

“I know the circumstances are very painful and difficult for us to understand,” the bereaved religious figure said. “Only eternity will explain to us all the mysteries of life.”

It’s yet unclear if authorities are probing the ill-fated rescue attempt.

This isn’t the first time a parent has sacrificed themselves in an attempt to save their child from drowning. Last month, a heroic father died while rescuing his son from perishing in a deadly current off the coast of Brazil. 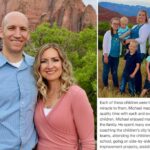 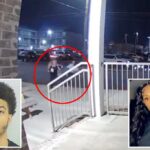