Never a dull moment. While country singers typically share personal messages with their music, many of the musicians in the genre have been known to get into feuds with their colleagues.

One recent feud is between Maren Morris and Jason Aldean. The drama began when Jason’s wife, Brittany Aldean, made a comment deemed as transphobic in an Instagram video in August.

After she thanked her “parents for not changing my gender when I went through my tomboy phase,” several musicians, including Maren, took to social media to slam Brittany.

After Cassadee Pope said, “You’d think celebs with beauty brands would see the positives in including LGBTQ+ people in their messaging,” she called out the Xo Britt founder by writing, “But instead here we are, hearing someone compare their ‘tomboy phase’ to someone wanting to transition. Real nice.”

Maren then chimed in to share her thoughts on the matter. “It’s so easy to, like, not be a scumbag human? Sell your clip-ins and zip it, Insurrection Barbie,” the “Bones” singer wrote in response to Cassadee’s tweet.

Brittany’s friend Candace Owens got in on the drama when she wrote via Twitter that “it’s easier to not castrate your children.” She added, “But I guess whatever helps sell bad records.”

“Oh my god, not you. My Grammy is positively sobbing right now,” Maren clapped back. “Also, why do y’all always go to ‘castration’ and ‘pedophiles’ to try and shut an argument down? It’s honestly concerning and worth looking into.”

Jason soon found his way into the feud by calling Brittany his “Barbie” in the comments section of one of her Instagram posts. The “Got What I Got” singer continued to take sides when he mentioned Maren during his concert at Bridgestone Arena in Nashville in October.

“I thought, man, who could I call? I got some friends in town,” he told the audience as he teased that a special guest would join him on stage. “I could call Luke Bryan. I could call Kane Brown. See if Kenny Chesney’s here and not at the beach.”

After he mentioned Maren’s name, the audience booed loudly as Jason made a confused face to imply he didn’t understand the crowd’s negative reaction.

Maren and Jason’s feud isn’t the only memorable fight between country singers. Keep scrolling to take a look back at some of the biggest feuds in country music. 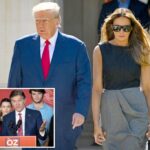 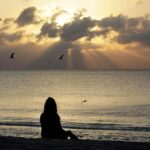 Meditation works as well as Lexapro for treating anxiety: study