Peruvian officers disguised as characters from the hit Marvel “Avengers” franchise blended in with trick-or-treaters during Halloween celebrations to make a massive drug bust.

Four officers — dressed as Spider-Man, Captain America, Thor and Black Widow — made the genius move on the drug lords during a scheme to promote a Halloween concert on Saturday, according to Peruvian National Police.

Naming their operation “Marvel,” the crime-fighting superheroes patrolled the streets of San Juan de Lurigancho — one of the most dangerous areas in Peru — when they pinpointed a specific house in the area.

When Spider-man and friends arrived, the officers kicked down a steel door using special equipment and proceeded to draw their guns on each of the drug gang, according to police.

Three men and one woman were arrested in the raid, where cops successfully seized 3,250 small packages of basic cocaine paste; a crude extract of the coca leaf; and 287 bags of cocaine along with 127 bags of marijuana.

When the superheroes swooped through the door, the suspects reportedly thought it was a prank, but several other undisguised officers followed into the house.

“In this building an entire family was dedicating themselves to the micro-commercialization of drugs. The drugs were going to be sold in a park nearby,” said police Colonel David Villanueva. 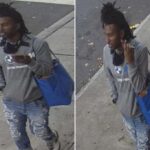 New Jersey cops search for gunman who shot at police 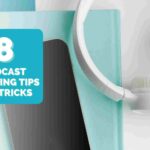