Online records show that Nicholas Brutcher, 35, was a student at Bristol Central High School at the same time as Hernandez, the disgraced former New England Patriots star who killed himself in prison while serving life without the possibility of parole for murder.

The future killers shared a number of mutual friends — and were teammates on the school’s varsity football team, the Rams.

Match stats show that in 2004, the pair played at least nine games together, starting with a disastrous season opener on Sept. 17 that year, in which they got destroyed 62-0 by New Britain.

Cop-killer Brutcher was already a 6-foot-2, 240-pound senior who used his size as a defensive tackle. His last game for the Rams appears to have been a 20-0 victory over neighboring Bristol Eastern that Nov. 25.

Hernandez was only a junior, but already a varsity standout, showing the skills as a tight end that would take him to the NFL. That year, he caught 67 passes for a total of 1,807 yards, according to a Connecticut high school record.

His success was thanks to a partnership with Dennis SanSoucie — the quarterback who would later reveal a secret sexual relationship with the receiving tight end during their middle and high school years.

Before he was shot dead after his bloodbath Wednesday, Brutcher was still Facebook friends with SanSoucie, who now lives in Las Vegas. He could not be immediately reached for comment Friday.

The cop-killer was also pals with Hernandez’s brother, Jonathan Hernandez, who later wrote a memoir about their tough childhood, just a few miles from where Brutcher lured cops to their deaths.

Nearly 20 years after their on-field partnership, Hernandez and Brutcher are both dead after committing horrific murders.

Brutcher — who regularly posed online with guns, even at a wedding — was killed by police at the scene. The motive for Brutcher’s killings remains unknown.

Meanwhile, Hernandez hanged himself in 2017 at the Massachusetts prison where he was serving life without the possibility of parole for killing his one-time friend Odin Lloyd in June 2013.

Days before his death at age 27, Hernandez had been acquitted of the double slaying of two people who had been shot in a 2012 drive-by shooting. An autopsy found he had been smoking a copious amount of K2, a form of synthetic marijuana, just before he died.

Lloyd was a semiprofessional football player who was dating the sister of Hernandez’s fiancée.

Since his suicide, books and documentaries have examined the player’s double life that led him to commit murder soon after signing a $40 million contract extension with the Patriots.

Those close to him pointed to his secret love life with men — as well as the brain scan that revealed severe brain injuries consistent with chronic traumatic encephalopathy (CTE).

That came from playing football, with Hernandez already suffering serious blows for the Rams, the team he played on alongside Brutcher, according to his brother’s memoir and witnesses from the time.

“I saw him get hit, and I saw him go down. And he didn’t get back up,” Lorrie Belmonte, a registered nurse in Bristol, previously told the Boston Globe.

But eventually “Aaron would always get back up,” she said, recalling one time when he was taken away in an ambulance.

It was not immediately clear if Brutcher continued playing after 2004.

However, by Wednesday, he had become a beer-drinking, divorced dad of two who was known as the “rowdy one” in his Bristol-based family. 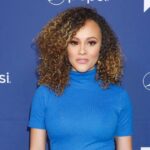 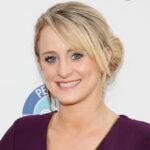