Showbiz comes with its drawbacks, and a handful of controversial movies and TV shows faced a heavy amount of backlash upon their releases. From streaming to theatrical premieres, fans didn’t hesitate to weigh in on their thoughts about each production.

Netflix’s Blonde, a fictionalized take on the late Marilyn Monroe’s life starring Ana de Armas, stirred up a myriad of complaints because of its graphic sexualized scenes. Prior to its September 2022 streaming release, viewers were warned of its NC-17 rating, but they weren’t prepared for the several dramatic scenes it features.

The movie didn’t only anger general audiences, though. Celebrities also took to social media to slam the biopic.

Emily Ratajkowski was one of the most notable to voice her grievances against the film.

“I’m not surprised to hear it’s yet another movie fetishizing female pain even in death,” the model said in a TikTok video shortly after its premiere. “We do that in many, many different ways, but I want that to change. We love to fetishize female pain. Look at Amy Winehouse. Look at Britney Spears. Look at the way we obsess over [Princess] Diana‘s death. Look at the way we obsess over dead girls and serial killers. Watch any CSI episode, and it’s this crazy fetishization of female pain and death.”

It seemed that Netflix began the fall of 2022 with quite a lot of controversial film productions. Just one week after Blonde’s release, Luckiest Girl Alive began streaming that October. The movie stars Mila Kunis in the main role and is based on the book of the same title by author and screenwriter Jessica Knoll.

Like Blonde, Luckiest Girl Alive contains violent scenes of sexual assault and did not include a trigger warning at the beginning of the film, which many viewers pointed out.

“I was bamboozled by Netflix’s description of luckiest girl alive,” one person wrote via Twitter at the time. “No trigger warning no heads up no nothing.”

Others continued to flood Twitter to warn others over the lack of a warning, with one writing, “Wow. Good job, @netflix on the trigger warning you didn’t provide on your Luckiest Girl Alive movie. PSA for anyone who is gonna watch the movie, there is very graphic intense scenes of sexual assault in this movie.”

Scroll down to see which films and shows received the most backlash. 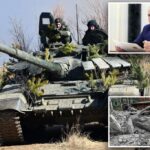 Putin warns confrontation with NATO troops would be ‘global catastrophe’ 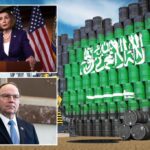