Construction at the Obama Presidential Center in Chicago has been temporarily halted after a noose was discovered at the worksite Thursday morning.

Lakeside Alliance, the construction company building the $830 million center, said it immediately notified police after the noose was reported on the premises, located in Jackson Park.

The company told The Post in a statement that it suspended “all operations onsite” in order to provide its employees with an additional series of anti bias training, citing a “zero tolerance” policy “for any form of bias or hate on our worksite.”

The company additionally said it was offering a $100,000 reward to find the culprit.

“We are horrified that this would occur on our site and are offering a $100,000 reward to help find the individual or individuals responsible for this shameful act. Lakeside Alliance remains committed to providing a work environment where everyone can feel safe, be their best self, and is treated with dignity and respect,” the statement said.

The Obama foundation denounced the incident as “a shameless act of cowardice and hate is designed to get attention and divide us.

“Our priority is protecting the health and safety of our workforce,” the Foundation said in a statement to The Post. “We have notified authorities who are investigating the incident.”

“Hate has no place in Illinois,” he said in a social media post. “The noose is more than a symbol of racism, it is a heart-stopping reminder of the violence and terror inflicted on Black Americans for centuries.”

After years of delays and lawsuits, ground broke at the planned Presidential Center in Sept. 2021.

Located along Lake Michigan in the city’s South Side where Barack Obama began his political career, the center will cover about 19 acres and feature a museum, Chicago Public Library branch, athletic center and children’s play area.

The privately funded center is expected to attract 750,000 visitors a year when it opens in 2026. 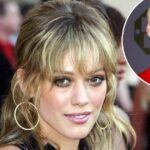 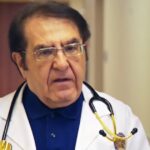