Vote-counters in 10 states continued to tally ballots Saturday as the US Congress remained split straight down the middle — leaving control of both the Senate and the House of Representatives up for grabs four days after polls closed in the midterm elections.

The Senate, which deadlocked at 49 Democrats and 49 Republicans late Friday when the race in Arizona was called for incumbent Sen. Mark Kelly, remained undecided, as the contest in Nevada stayed too close to call and Georgia headed for a December run-off election.

In the House of Representatives, meanwhile, with 22 contests yet to be called, either party could emerge with a razor-thin controlling majority.

Republicans remained stuck at 211 seats, while the Democrats — with 202 seats in their column — inched closer to the 218 seats needed to control the chamber.

“Multiple days in a row, the mostly mail-in ballots counted continue to break in higher DEM margins than we calculated,” Laxalt wrote. “This has narrowed our victory window.”

The race, he said, will come down to fewer than 30,000 Election Day ballots that voters cast in populous Clark County, typically a Democrat stronghold. A tranche of 22,000 mail-in ballots was being counted into Saturday evening, officials said.

In Arizona, Republican Senate candidate Blake Masters refused to concede his contest — vowing to fight on until “every legal vote is counted.”

“If, at the end, Senator Kelly has more [votes] than I do, then I will congratulate him on a hard-fought victory,” Masters tweeted Saturday. “But voters decide, not the media; let’s count the votes.”

With an estimated 85% of Arizona ballots counted, Kelly holds a substantial 5.7% lead over Masters.

But Republicans believe the 395,000 ballots still outstanding — mostly cast on Election Day — will trend strongly in their favor, fueling hopes of victory for both Masters and GOP gubernatorial hopeful Kari Lake, who trails Democrat Katie Hobbs by a single percentage point.

In the Georgia run-off, with the Dec. 6 election just three weeks away, allies of the GOP’s Herschel Walker said that Florida Gov. Ron DeSantis — fresh off his huge re-election win — could be “a better fit” than former President Donald Trump to carry the challenger’s closing message.

“I think that [Virginia Gov. Glenn] Youngkin or DeSantis is a better fit for soft Republicans or independents in the suburbs that we need to turn out,” Ralph Reed, president of the conservative Faith and Freedom Coalition, told CNN.

“Hopefully Trump will stay out of the race as much as he possibly can,” a Republican aide told The Hill.

As the runoff campaign heated up, Walker’s opponent, Georgia Sen. Raphael Warnock, learned that his church could soon be hit with a subpoena for failing to answer a legal inquiry into its charitable operations.

The Georgia Secretary of State’s Securities and Charities Division has demanded the Ebenezer Building Foundation — a foundation run by the Democratic pol’s Ebenezer Baptist Church — explain its charitable status within the state, Fox News reported.

The church — which pays Warnock a $7,417 monthly housing allowance — is 99% owner of the Columbia Tower at MLK Village, which has been cited for its filthy conditions and whose residents have received eviction notices for owing as little as $25.88 in past-due rent, the Free Beacon reported.

The 22 House races still in limbo include 11 districts in California and two apiece in Arizona, Colorado, Oregon, and Washington state.

Other closely watched races include Colorado’s 3rd, where GOP Rep. Lauren Boebert has just 50.2% of the vote, and California’s 47th, where a Republican challenger is still in striking distance of Democrat firebrand Rep. Katie Porter.

With a House victory on the horizon, “Now we have to deliver,” said New York Rep. Elise Stefanik.

Republicans are already plotting their agenda in Congress – planning to hamstring Biden’s legislative agenda, force construction of a border wall, limit Dem spending, and investigate the administration and the president’s family.

“This delegation is going to be much more moderate than most base Republicans will like,” warned GOP strategist Ryan Girdusky.

But not so moderate that the suspicious foreign dealings of Hunter Biden, the president’s son, will escape Republican scrutiny.

“The [Hunter Biden] probe is still on track with a Republican majority,” a GOP aide to the House Oversight Committee told The Post. 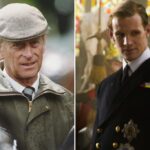 Prince Philip wanted to sue the makers of ‘The Crown’ 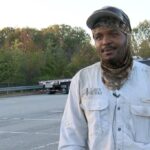