Ahmed Malik has been driving a yellow cab for 18 years, and he’s never seen the industry so beaten down. And he fears if the new congestion pricing plan comes to pass, it will spell financial doom for him and his fellow hacks.

“This is no good for us,” he told The Post. “We are all worried but what can we do? With the new congestion charges, I don’t think many will take cabs. I think drivers will leave.”

The Brooklyn resident, who hails from Pakistan and works 10-hour days, seven days a week, said he is already barely scraping by while renting his car and paying for gas. He said taxi drivers are also hit with petty but exorbitant fines for infractions.

Under the MTA’s new congestion pricing plan, which aims to cut down on Manhattan traffic, decrease emissions and fill its coffers for upgrades, drivers could face $9 to $23 in fees to drive into parts of Manhattan as soon as late 2023.

“Who would pay that? You’d be crazy,” said Malik, noting passengers already argue and sometimes skip out on the existing $2.75 per ride congestion fee in effect since 2019.

The industry was already reeling from the pandemic, which sidelined many drivers and reduced fleets down to 982 in April 2020. According to the Taxi and Limousine Commission’s latest figures from July, 7,156 yellow cabs are active but that is significantly down from 13,320 only 10 years ago.

“This would be the final nail in the coffin,” New York Taxi Workers Alliance executive director Bhairavi Desai told The Post. “Drivers are finally getting their lives back and what congestion pricing would do is unravel that. It would displace, in the economy, thousands of immigrant drivers with very little prospects of a new job.”

Desai said the current mood feels eerily similar to 2018, when economic uncertainty due to plunging medallion values led to a rash of driver suicides. She said it was also a giant step back from the 2021 agreement that capped debt at $170,000 for drivers who bought medallions at inflated prices.

“There’s a lot of anxiety and anger now among drivers. It’s also a feeling of disbelief.”

Adding to the congestion fears is the resentment of Uber, which Malik said has an unfair advantage over yellow cabs because they can benefit from surge pricing. He said Uber should be allowed to operate in the outer boroughs but not in Manhattan.

“This is Manhattan’s flower,” he said of the yellow cab.

The vehicle is as synonymous with the Big Apple as the Statue of Liberty and the Empire State Building. It’s a staple of nearly every big-screen portrayal of the city, including “Breakfast at Tiffany’s,” “Scrooged” and “Coming to America.”

“If you’re watching a movie, and you see a yellow cab whizzing by, you know it’s New York,” said Desai.

Medallion owner Ricardo Lopez, who drove for 43 years before retiring a few years ago, lamented that driving a cab is no longer a way to make a viable living, but said it’s still vital to Gotham. “We are part of the city. We are ambassadors,” said Lopez.

Erin Bellard, who owns E’s Bar on the Upper West Side, worries soaring fares due to congestion pricing would endanger her staff, most of whom live in the outer boroughs and go home after 2 a.m.

“They all take taxis home because the subway isn’t running as much at those hours and it’s not as safe,” Bellard told The Post. “As an employer you want to help people pay for it but at some point, it gets to be too expensive.”

With help already difficult to find, she fears workers will find jobs closer to home instead of paying such high prices for safe transportation. And Ubers aren’t a suitable stand-in, she noted: “Especially because Uber prices surge so frequently through the day and night.”

Desai urges both drivers and taxi riders to fight against the measure and help save the yellow cab.

“Do we want to say the icon of the greatest city in the world is a punching bag? What New Yorker would be OK with that?” 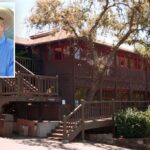 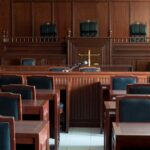