She was looking forward to a big family Thanksgiving when Toria Neal got a text that upended her life: the mother of four was losing her job, along with everyone else in her company.

“I couldn’t believe my eyes,” Neal, 36, told The Post. “The text said we were all being terminated and all our benefits including our health insurance were being terminated effective immediately. I had a really bad breakdown right there on the spot. I thought, what am I going to do?”

Neal and other workers at United Furniture Industries were shocked this week when the company canned all 2,700 of them at once, giving the news in a text message just after midnight Tuesday.

Neal has four children under the age of 21, and “a lot of bills to pay,” she said.

“I couldn’t sleep after I got the text,” she said, breaking down in tears on the phone. “It tore me apart. It felt like such a betrayal. Not just of me but of all of us. I worry about the older employees there who take medication every day and won’t be able to afford it after today without health insurance.”

Neal worked as a traffic coordinator at the Mississippi branch of United Furniture. Some workers were asleep and didn’t see it until the next morning. Some reportedly began driving to work before they read the message.

“I thought it was a joke,” said Javier Monroy, 58, who worked as a purchasing manager in the company’s California plant, about receiving the termination text message. “A few of us drove to the plant Tuesday to get our stuff and we realized it wasn’t a joke.”

Monroy was still placing orders and readying trucks to roll out on their deliveries just hours before he and the other employees were sacked.

“At least I’m married with a wife whose health insurance I can get on,” Monroy said. “I worry about my friends at the company. One of them is a single mother and the other just started chemotherapy treatment for cancer last week. They won’t be able to afford a second one with our health insurance cut off.”

The company violated federal law by failing to give 60 days’ notice before dissolving the operations, Neal and Monroy are charging in a lawsuit.

It was a difficult Thanksgiving, said Neal, who has been with United Furniture since 2015.

“It was so hard and so emotional,” she said of the holiday. “I have family members who work there as well. I still find it difficult to talk about without breaking down.”

“We all left Monday saying, see y’all tomorrow not knowing we might not see some people ever again,” Neal said. “We still have personal stuff in there but it’s all locked up right now. We had no inkling anything like this was going to happen, either.”

Monroy said United Furniture owed a lot of money to outside vendors.

“They owe millions everywhere,” said Monroy, whose job entailed an awareness of the company’s finances.

He is also concerned about safety at the California plant. Monroy said he still has keys to the entire facility where everything from forklifts to staple guns have been left up for grabs — and so do other employees.

“I told one of the managers here who are just muppets for the bosses in Mississippi and he didn’t seem that concerned about who had the keys,” Monroy said. “But I’ve heard that employees here are going to storm the building Monday. I’m worried about that. People can go crazy in these types of situations. Someone needs to be more responsible here.”

Some workers had shown up at the plant there last week after getting fired, WTVA in Mississippi reported.

“We are all pissed off,” United Furniture employee Isaac Darkwah told the station. “We were working hard for them and then they treat us this way?”

Frelinda Isbell, who works with Darkwah, also sounded off about the mass layoffs on Twitter.

Neal’s lawyer, Casey Lott, of Booneville, Miss., said the mass firing coupled with the abrupt termination of benefits is not only shocking — but illegal. Lott was the first attorney to file a class action suit last week against the company. Several more have been filed since.

The lawsuits are based on the federal Worker Adjustment and Retraining Notification (WARN) Act, which requires companies with more than 100 employees to give 60 days advance written notice before layoffs or shutting down.

The mass firing was so mismanaged, Lott contends, that one of his clients in California was still buying inventory on behalf of the company Monday and that trucks were ready to roll out with deliveries that same day.

“It doesn’t make a lot of sense,” Lott told The Post.

“At the instruction of the board of directors … we regret to inform you that due to unforeseen business circumstances, the company has been forced to make the difficult decision to terminate the employment of all its employees, effective immediately, on Nov. 21,” the company said in messages to employees.

“With the exception of over-the-road drivers that are out on delivery. Your layoff from the company is expected to be permanent and all benefits will be terminated immediately without provision of COBRA.”

No one has yet explained why the 20 year old, Okolona, Miss-based company dissolved its operations so suddenly, but over the summer it had fired its chief executive, chief financial officer and executive vice president of sales, according to FurnitureToday.com. Several weeks later, some 500 employees lost their jobs at multiple facilities in Winston-Salem, NC, and Verona, Miss,. and Victorville, Calif. 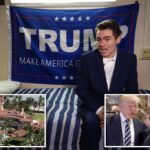 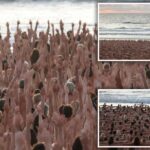