Chinese President Xi Jinping is set to continue his iron-clad hold on the country after the ruling Communist Party approved on Saturday a widely expected historic third five year term, making him the most powerful leader since the country’s revolutionary hero Mao Zedong — as party officials physically removed his bewildered predecessor out of the meeting.

During closing remarks, former Chinese leader Hu Jintao, 79, was led out of the congress by officials. No explanation was given for the removal of the frail former statesman who retired in 2013 and was sitting at the head table next to XI, 69.

The party also ruled against Premier Li Kequiang, the country’s second in command and a proponent of market reforms, paving the way for Xi’s expansion of state control of the economy after the the week-long congress.

“The congress calls on all party members to acquire a deep understanding of the decisive significance of establishing comrade Xi Jinping’s core position on the party Central Committee and in the party as a whole and establishing the guiding role of Xi Jinping Thought,” said a resolution on the constitution approved at Saturday’s closing session.

“Xi Jinping Thought” is a reference to the leader’s ideology which was written into the Communist Party charter at a previous congress in 2017.

The congress is held in Beijing every five years. Communist revolutionary Mao was the founder of the People’s Republic of China, and ruled the country between 1943 and until his death in 1976. 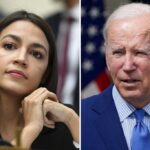 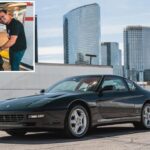