English comedian Russell Kane asked his fans Saturday to stop tagging him in photos of the man who allegedly killed four University of Idaho students in November, according to a Twitter post.

Kane, 47, said in his post that he has received more than 100 messages comparing him to Bryan Kohberger, 28, the man who is being charged with the grizzly murders.

“Please stop telling me I look like a murderer in America. At least 100 messages today,” tweeted Kane on Saturday alongside a photo of him and Kohberger.

Kohberger — who was arrested last Friday — is being held in connection to the gruesome murders of Kaylee Goncalves, 21, Madison Mogen, 21, Xana Kernodle, 20, and Kernodle’s boyfriend Ethan Chapin, 20, who were all found stabbed to death on Nov. 13, 2022.

Despite the horrendous nature of the murders, several Twitter users still mocked the comedian for supposedly looking like the alleged killer.

“I mean, you do though,” tweeted one user with two laughing emojis.

Other people have said that the two look nothing alike.

“I don’t think they look alike. Just both have dark hair is about it,” defended one person.

“You look nothing like him … those who’ve said you do need to have their eyes tested,” said another person. 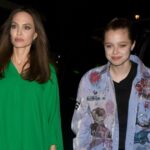 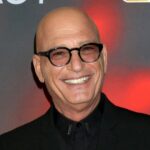