A great horned owl skirted disaster earlier this week when it got caught in a pickup truck’s front grille and was later rescued by Colorado wildlife officials.

The unfortunate avian spent all night trapped near the vehicle’s engine after it collided with grille while apparently diving for prey, Colorado Parks and Wildlife (CPW) shared on Twitter.

CPW officers in Colorado Springs were called out to help on Tuesday when a passerby spotted the bird. The officers determined that the animal likely survived by huddling close to the truck’s radiator for warmth.

By the time CPW arrived, crows and magpies had already gathered around hoping to peck at the trapped owl, the Denver Post reported.

“Come on guys, the poor thing is having a rough day,” CPW officer Travis Sauder admonished the birds.

“He was actually stuck up under the grille of a pickup truck. I think he actually got hit last night,” Sauder explained to 9News. “Just needed some coaxing and a little bit of work to get him out of there.”

A video shared by CPW on Twitter shows Sauder examining the owl’s wing after the rescue.

“But overall [he is] still pretty healthy, and we’ll get him off to a rehabber who is licensed to work with these guys,” Sauder told the outlet. “Hopefully they can get him just some rest, recuperation and get him back out in the wild.”

The owl was sent to the Nature and Wildlife Discovery Center in Pueblo for rehabilitation.

News of the Colorado owl’s rescue broke around the same time that The Post reported on Winky, a pint-sized owl terrorizing an upscale neighborhood in British Columbia, Canada.

A mere 9 inches tall, Winky has repeatedly broken into homes in the ritzy Oak Bay haunt, digging his talons into leather couches and perching on chandeliers. 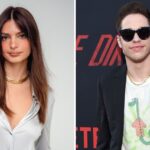 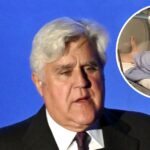