A teenager died after he dove into an icy Colorado lake to try to rescue three friends.

Dyllan Whittenburg died on Thanksgiving, just one day after his 14th birthday, his family said.

Whittenburg’s family told CBS that he rushed to help his pals who had fallen through the ice on Crystal Lake in the Denver area Tuesday, but he became trapped under ice in the frigid waters.

“From our understanding, Dyllan saw there was an issue, and he just took off running from what everybody said and dove in the water,” his aunt, Yvonne Wenzel, said.

“Unfortunately Dyllan, he went under and nobody could find him fast enough to get him.”

Dyllan was out farther than the others, where the lake “quickly drops off a shelf to 7 to 8 feet,” fire officials said, and had slipped beneath the ice.

A dive team eventually pulled Dllyan out of the water and took him to a local hospital. He spent his 14th birthday laying in a hospital bed and died the next day, two days after he had fallen into the lake.

The Roxborough community celebrated Dyllan’s life Thursday with a candle vigil at Crystal Lake and remembered the teen, who leaves three younger siblings behind, as a hero.

“He helped me through so much. Thick and thin,” said McKayla Weadick, a friend. “We were just like were always together. We have so many memories together.”

Dyllan’s parents sat along the lake’s shore as the community members released balloons in their son’s memory.

“He touched everybody. That kid was amazing,” his father said. 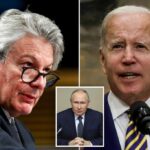 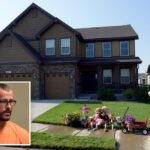 Colorado home where Chris Watts killed his family is sold