The gunman who allegedly killed five people at a Colorado LGBTQ club is reportedly the grandson of a Republican California lawmaker who compared the Jan. 6 attack on the US Capitol to the Revolutionary War.

Accused gunman Anderson Lee Aldrich’s mother has been identified by multiple news outlets as Laura Voepel, whose father is Randy Voepel, 71, a state assemblyman who lost his seat in the midterm elections, the San Diego Union-Tribune reported.

The politician, who has represented the 71st District since 2016, was assailed last year when he compared the Jan. 6 insurrection to the American Revolutionary War.

“This is Lexington and Concord. First shots fired against tyranny,” he told the Union-Tribune three days after the riot. “Tyranny will follow in the aftermath of the Biden swear-in on January 20th.”

He later claimed his comments were misconstrued and said the actions of President Donald Trump supporters at the Capitol were despicable.

“Keep up the good work Dad. You work hard to improve our lives and a lot of us take notice,” she wrote in April 2020 about Randy, a former mayor of Santee, California.

In June 2021, Aldrich was charged with menacing and first-degree kidnapping for allegedly making a threat against his mother to detonate an explosive, according to police records.

But he was not prosecuted after she refused to cooperate with authorities, according to local Fox-affiliate station KDVR.

Aldrich also evaded “red flag laws” — which allow authorities to seize weapons from people deemed to be a threat to themselves or others – when the records in the case were sealed after no explosives were found.

The suspect allegedly entered Club Q on Saturday night and opened fire on patrons and employees until several heroic customers managed to subdue him.

Investigators are looking into a motive, and said they will be weighing hate crime charges. 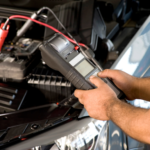 What You Should Know About Electric Vehicle Repair Shops 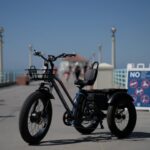