“Anderson Aldrich is nonbinary,” the footnote states, the Denver Post reported. “They use they/them pronouns, and for the purposes of all formal filings, will be addressed as Mx. Aldrich.”

The footnote was added along with standard motions that deal with issues like unsealing documents and evidence gathering.

Advisements are held to notify defendants of possible charges and sometimes to address bond requests.

The defendant will appear virtually from the jail, a state court rep told the Colorado Sun.

Hate crime charges would require proving the suspect was motivated by bias, such as against the victims’ actual or perceived sexual orientation or gender identity.

Meanwhile, in another bizarre twist, Aldrich’s estranged father has been identified as an ex-con former MMA fighter-turned-porn star, it was revealed Tuesday.

Aaron Franklin Brink, 51, entered the mixed-martial-arts cage in the 90s, clocking up 21 victories over the 10 years of his fighting career — including during appearances with the Ultimate Fighting Championship (UFC) and World Extreme Cagefighting (WEC), MMA Junkie wrote in a profile.

The troubled dad also has an extensive criminal history, including convictions for battery against Aldrich’s mom, Laura Voepel, both before and after the suspect was born, according to state and federal court records.

It was also revealed revealed that the suspected shooter’s name was changed more than six years ago after filing a legal petition in Texas seeking to “protect himself” from a dad with a criminal history.

Aldrich was known as Nicholas Franklin Brink until 2016, when a petition was submitted on Brink’s behalf by their grandparents, who were their legal guardians at the time.

“Minor wishes to protect himself and his future from any connections to birth father and his criminal history. Father has had no contact with minor for several years,” the petition stated.

The request for a name change came months after Aldrich was apparently targeted by online bullying.

Last year, Aldrich was arrested after their mother reported her child threatened her with a homemade bomb and other weapons.

Ring doorbell video obtained by The Associated Press shows Aldrich arriving at their mother’s front door with a big black bag the day of the bomb threat.

Aldrich tells Voepel that police were nearby and adds, “This is where I stand. Today I die.”

Authorities later said no explosives were found, but gun-control advocates have asked why police didn’t use the state’s “red flag” laws to seize weapons she said her child had. 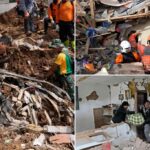 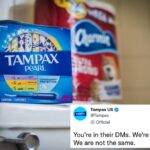