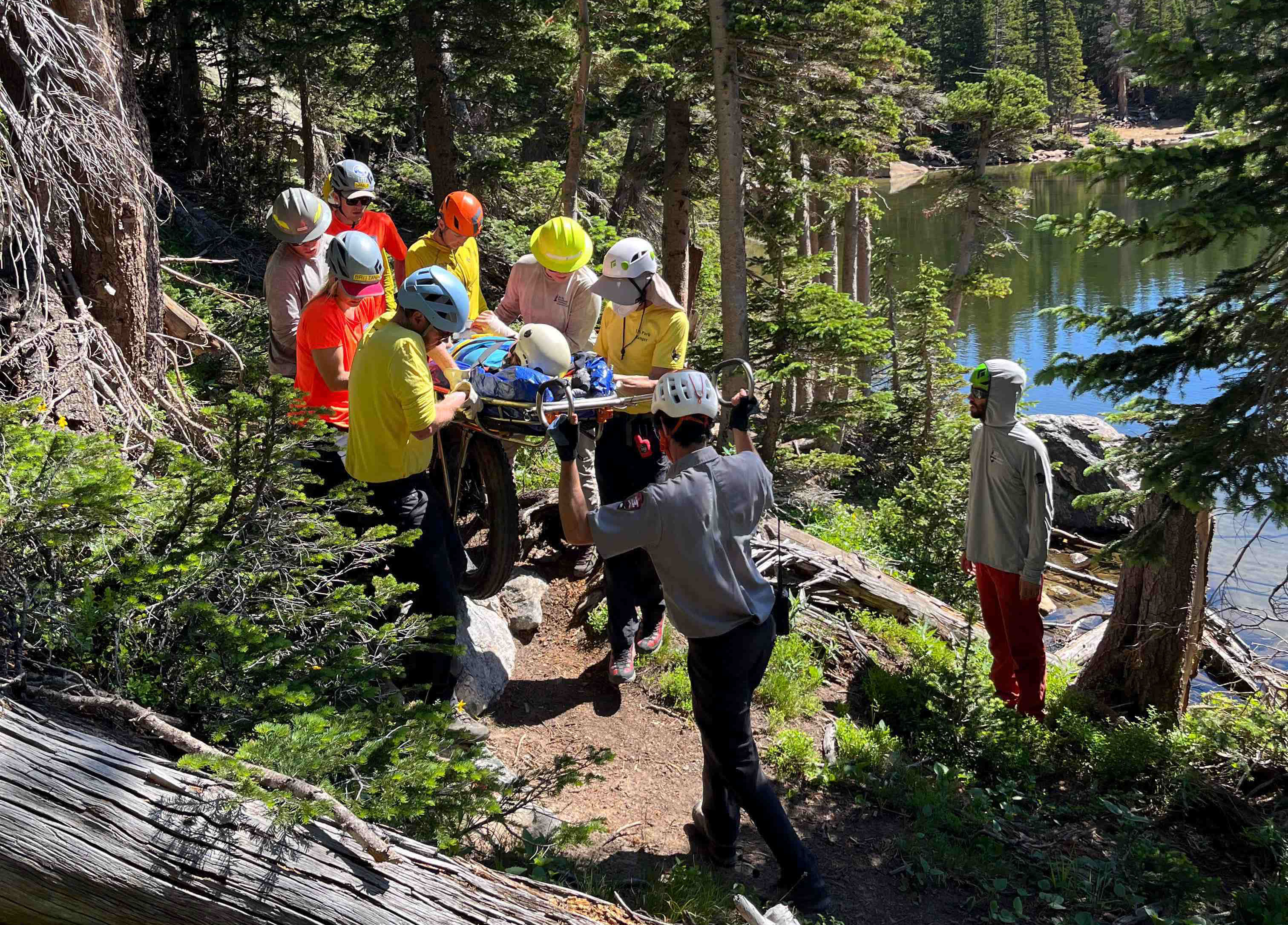 Rangers at Rocky Mountain National Park assisted in the weekend rescue of Colorado residents who had suffered injuries from a fall.

The National Park Service (NPS) said in a statement that it had been notified on Sunday of a 61-year-old Boulder man who had been injured in a significant tumbling fall on a snow couloir in the Ptarmigan Fingers area above Odessa Lake.

However, it was later determined that a 59-year-old woman from Boulder also suffered injuries from a fall in the same area.

Bystanders heard her calls for help and aided her, using satellite communication devices to contact the rangers.

The park requested assistance from a Colorado National Guard helicopter from Buckley Air Force Base to extricate the man via a hoist operation – using a winch-operated cable – due to the location and severity of his injuries.

The man was flown to Upper Beaver Meadows, transferred to Northern Colorado Med Evac air ambulance and then flown to Medical Center of the Rockies.

The woman also suffered serious injuries and she was cared for overnight by Rocky Mountain National Park Search and Rescue team members and overnight campers at Odessa Lake.

She was flown out by Northern Colorado Med Evac air ambulance on Monday morning at approximately 11 a.m. MT.

Rocky Mountain Rescue Group and Larimer County Search and Rescue assisted the park’s efforts, with more than 45 people involved in the two-day incident.

No further information was available.

4,000 beagles in need of homes, rescue from Virginia facility