The gunman who allegedly killed five people at a Colorado gay club late Saturday night before being subdued by two revelers has been identified as Anderson Lee Aldrich.

The rampage occurred just before midnight at Club Q, an LGBTQ-themed venue that was hosting a drag show and dance party, officials said.

Aldrich, 22, entered the club just before midnight and immediately began opening fire while penetrating the interior of the venue, police said at a Sunday morning press conference.

“At least two heroic people inside the club confronted and fought with the suspect and were able to stop the suspect from continuing to kill and harm others. We owe them a great debt of thanks,” said Colorado Springs Police Chief Adrian Vasquez.

Police arrived three minutes after receiving a 911 call, and were able to apprehend the suspect two minutes later, cops said.

Investigators were looking into Aldrich’s motive as they weighed hate crime charges against the suspect, who was initially presumed to be a lone gunman.

“Every person regardless of who they are, has the right to be secure from fear and physical harm, and actions taken to strike fear in specific communities will not be tolerated in our community,” Fourth Judicial District Attorney Michael Allen said.

Two firearms were recovered at the scene, and witnesses told officials that Aldrich had opened fire with a long rifle.

Eighteen injured victims were being treated at local hospitals Sunday morning, in addition to Aldrich. It was unclear if they had all been shot or if some had been hurt while trying to flee to safety.

The identification of the victims was not immediately released, pending family notification, police said.

“Every person regardless of who they are, has the right to be secure from fear and physical harm, and actions taken to strike fear in specific communities will not be tolerated in our community,” Fourth Judicial District Attorney Michael Allen said.

The massacre was not the first time Colorado Springs, a city of nearly a half million people located about 70 miles south of Denver, has been marred by a mass shooting.

In 2015, three people were killed and eight injured when a crazed man who opposed abortions opened fire at a Planned Parenthood clinic.

Saturday’s incident also brought back painful memories of the 2016 Pulse nightclub massacre in Orlando, Florida, when a Muslim man who had frequented gay clubs in the past and express disdain for “filthy” members of the LGBTQ community killed 49 people.

“We are a strong community that has shown resilience in the face of hate and violence in the past and we will do so again,” Mayor John Suthers said. 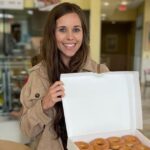 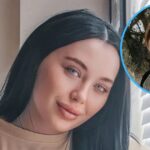