A Colorado couple got trapped in their rural house over the weekend when a massive flood of tumbleweeds blew in and surrounded it on all sides —  blocking all exits, she reportedly said.

Marlies Gross, of Fountain, said strong winds sent the 5-foot-deep influx of wild western weeds rolling onto her property Sunday, according to the local station KRDO.

“I thought it was a bad dream,” she said. “I opened the front door and it’s [all] tumbleweeds. It was full of tumbleweeds.”

She and her husband called neighbors for help clearing a path through the plants, which buried their vehicle and blocked their driveway, the station reported.

“You had to fight yourself through the tumbleweeds, which were above the car,” she said.

They now plan to contact  the county of El Paso for help removing the rest of them.

Other western Colorado couples  reported an influx of tumbleweeds over the weekend, with one Colorado Springs man telling the CBS affiliate KKTV  they engulfed his truck.

“I just kind of muscled through it,” Ian Barnes told the station. 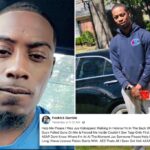 Fredrick Gamble arrested after pretending to be abducted 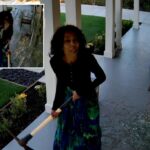