Looking back. Collin Gosselin opened up about his relationship with his estranged mother, Kate Gosselin, and revealed if he thinks they will ever reconcile.

Following Kate and Jon Gosselin’s divorce in 2009, the mother of eight, 47, revealed that Collin, 18, was admitted into an institution to deal with his behavioral issues. The teen – who is one of the former couple’s sextuplets – then moved in with Jon, 45, in 2018 and he was granted full custody.

“After being there, I didn’t have a relationship with her,” Collin told Entertainment Tonight in an interview published on Monday, November 28. “Even before [being] there, I don’t think we had much of a relationship, and I think that just kept tearing it even more down.”

While Collin has a complicated past with the I Just Want You to Know author, he admitted he’s open to the idea of reconciling. “It would be ideal,” he said.

Collin also noted that being raised on a reality TV show led to his strained relationship with Kate. “I want to believe it was because of TV and what being in the public eye does to a family. I think it tore us apart,” Collin explained. “It gave us less time to actually be together as a family, [and] more time to be in the public eye.”

The former Jon & Kate Plus 8 star reflected on his custody hearing in December 2018, in which Jon earned sole custody after Kate didn’t show up to court. Prior to the meeting, her request for the court date to be postponed was declined.

“It didn’t really bother me,” he said of Kate’s absence. “It’s like I said, it’s on her own terms and if she doesn’t want to show up, she doesn’t have to show up.”

While looking back on his relationship with Kate growing up, Collin said that it “was worse than what you would say the average teenage kid goes through with their parent.”

“I came to the conclusion that everybody has their own agenda, you know?” he continued, noting that he learned lessons from their strained relationship. “My mom had her own agenda, and I don’t know exactly what that was. But I was put in a tough spot and my agenda was to make it out on top of that tough spot.”

The former TLC personality added that he wishes he got along better with Kate in the past. “It’s unfortunate that we didn’t have a relationship,” Collin said. “I think every son wants to have a relationship with their mom. But I’m doing very well.”

In August 2022, In Touch exclusively revealed that Jon and Kate are not on speaking terms following their nasty divorce. “They communicate through their attorneys, and it’s been that way for years,” an insider shared at the time. “The only time they ever see each other is in court.”

In addition to Collin, Jon also has custody of the former couple’s daughter Hannah Gosselin. Meanwhile, twins Mady and Cara, 22, and the rest of the sextuplets – Leah, Alexis, Joel and Aaden – lived with Kate until they turned 18 in May. 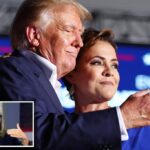 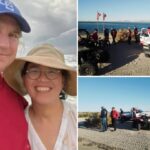