The exorbitant costs of attending college sets students up for failure — and higher education is often a “scam” and unnecessary in some fields, a writer and researcher on market influences and monopolies said.

“I think that the financial aspects of college or higher education have overwhelmed the ability to create a citizenry on a very basic level,” Matt Stoller, a research director at the American Economic Liberties Project, told Fox News. “This is kind of like a slow-burning crisis that we have to look into.”

The average cost of going to a private college — including tuition, fees, books and room and board — went from $2,930 per year in 1971 to $51,690 in 2021, according to data from the nonprofit group College Board. Nearly a third of parents and students believe that college is overpriced, according to a recent Sallie Mae and Ipsos study.

“The Columbia Journalism School is sort of in an existential crisis because they have a nine-month degree that costs $120,000 and they’re like, ‘Are we the problem?’” Stoller said. “Yeah, you guys are the problem. You’re not the only problem. You’re more of a symptom.”

“There is a scam there,” he told Fox News. “I haven’t been able to figure out what that scam is.”

Undergraduate enrollment declined by over 650,000 students — more than 4% — from the spring of 2021 to 2022, according to a report by the National Student Clearinghouse.

“I think that schooling exists to make citizens and to build a moral, self-governing society. Also, it’s there to let you get a job and build a life,” Stoller said. “I think that we’re falling down on all counts of that, and we have to look at why that is.”

Colleges are “such a mess in terms of administrative bloat” and are “saddling people with a lot of debt,” he added. “You can’t come out of a school with lots of debt and be a good citizen — you are now a dependent of someone else.”

Stoller also questioned the necessity of some degrees, like journalism. The high cost associated with journalism school, he said, “shows that it’s just a credentialing mechanism for a social class more than it is like a practical way to think about free expression in a democracy.”

In August, Politico Magazine published a profile on Columbia Journalism School Dean Jelani Cobb. In the piece, “’Are We the Problem?’ The New Dean of Columbia J-School Wrestles With Its Place in the Industry,” Cobb discusses questions over the necessity of journalism school and the state of the industry itself.

The dean who hopes Columbia will “be a pipeline that helps make the [journalism] field more democratic,” himself didn’t attend Columbia’s nine-month program, which costs students $120,000.

“Journalism used to be a working-class profession. There’s no rocket science behind writing a news article,” Stoller, who writes weekly newsletters for his own Substack account, told Fox News. “You just figure out what’s going on and you write it down.”

“You need a high school degree for that – that’s it,” he said. 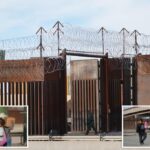 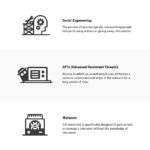 What is cyber security? What you need to know 2023