A Vermont middle school soccer coach and his daughter say they were both suspended for complaining about the presence of a transgender student in the girls’ locker room.

“I made a social media post and referred to the male student as a male, and I was punished because I misgendered him,” Randolph Union Middle School coach Travis Allen told “Tucker Carlson Tonight” Thursday, speaking of the transgender female student.

Allen said he was uncomfortable with the 14-year-old sharing the room with his daughter and her fellow female volleyball players.

When he publicly aired his concerns, the father-of-four coach said he was slapped with an unpaid suspension.

His daughter, Blake Allen, told Carlson that she, too, felt “really uncomfortable” to see the trans student sharing the locker room with other girls.

According to Blake, when she complained to school officials about it, “they just shut me down, (saying) that there was nothing they could do.”

The teen said she was later told to take part in a “restorative justice circle” and pen an apology letter to her trans schoolmate, or face disciplinary action.

“I said I would rather have a five-day suspension than have to apologize because I’m not sorry,” she said.

According to Blake, she was forced to miss school for expressing her opinion “that a male shouldn’t be in the women’s locked room.”

The school previously came under fire for banning the girls’ volleyball team from its own locker room after several players, among them Blake Allen, complained about the trans student, reported The Daily Signal.

Blake told the station WCAX-TV earlier this month that the transgender girl made an inappropriate comment as the volleyball team was changing, which made students feel uncomfortable.

In his Facebook post addressed to the legal guardian of the trans female after the locker room incident, Coach Allen wrote in part: “The truth is your son watched my daughter and multiple other girls change in the locker room. While he got a free show, they got violated. You think this is fine and dandy. I wonder how you would feel if I watched you undress?”

Orange Southwest Unified School District Superintendent Layne Millington wrote in a letter sent out last week that Allen told school officials he called the trans student a “he” on purpose.

“Such conduct is unprofessional and unbecoming, and flies in the face of the Vermont Principal Association’s athletic regulations, Vermont State regulations, and the RUHS Middle-High School expectations,” Millington wrote.

The superintendent confirmed that Allen has been suspended without pay for “misgendering” the student. He added that school officials have “significant concerns” about the coach’s ability to “support all of our students as the law requires.”

Allen reportedly offered to stay away from using gender pronouns altogether when communicating with transgender students, but district officials demanded a public apology, which he refused to issue.

The father and daughter have since retained a lawyer from Alliance Defending Freedom– a Christian legal advocacy group committed to curtailing LGBTQ rights and protections.

Attorney Tyson Langhofer said he has filed a lawsuit against the Vermont school alleging unconstitutional retaliation.

Under Vermont’s education policy, transgender students are allowed to participate in sports and use restrooms or locker rooms that correspond with their “gender identity.” 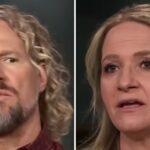 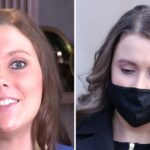