A CNN anchor was left speechless on air after revealing the suspect in the Colorado LGBTQ nightclub shooting is nonbinary — in a clip that has gone viral.

The revelation about Anderson Lee Aldrich, 22, came in a court filing Tuesday night and was reported by broadcaster Alisyn Camerota on the cable news network.

“I don’t know what to say about that, I mean, that’s not anything that we had heard from his background, you know people have been looking into his background,” she continues.

“I don’t know what to say about that, I mean, that’s what he’s now saying,” the anchor repeats, stunned.

The surprising twist comes as Aldrich faces murder and hate crime charges in the rampage at Club Q in Colorado Springs.

Aldrich, who reportedly uses they/them pronouns, allegedly stormed into a drag night event hosted by the club and indiscriminately opened fire with an AR-15-style rifle until they were subdued by a pair of brave patrons, police said.

Bartenders Daniel Davis Aston, 28, and Derrick Rump, 38, were slain in the attack, along with Raymond Green Vance, 22, Ashley Paugh, 35, and Kelly Loving, 40.

The suspect was scheduled to appear in court from jail for the first time Wednesday by video.

“It sounds like they’re trying to prepare a defense against a hate crimes charge,” CNN political analyst Errol Lewis responds to the revelation in the clip, which has been viewed over 1 million times.

“That’s the least of his problems, legally speaking, but it looks like they’re trying to build some kind of sympathy or at least confusion on the question of whether or not this was purely motivated by hate,” Lewis speculated.

Meanwhile, online observers noted that Camerota still referred to Aldrich as a man instead of using they/them.

“Um excuse me? He?! It clearly says they/them and they are ignoring the requested pronouns! Where is the outrage?” one person tweeted.

“Sooooooooo… you get to pick and choose when to believe the pronouns or what exactly?” another wrote.

Aldrich, who was arrested last year after allegedly threatening their mother with a homemade bomb, was born Nicholas Brink to parents Laura Voepel and Aaron Brink.

They then changed their name as a teen to protect themself from their dad’s “criminal history,” records obtained by the Washington Post reveal.

Voepel, who was awarded custody of Aldrich after their 2007 divorce, is the daughter of California Assemblyman Randy Voepel.

In 2010, the mom underwent court-ordered mental health treatment after being arrested for public intoxication and falsely reporting a crime to police in 2008, CNN reported.

A psychologist diagnosed Voepel with severe borderline personality disorder and alcohol dependence after she was accused of starting a fire in her hospital room in 2012, the outlet said.

Aldrich, who is 6 feet 4 and 260 pounds, was reportedly bullied over their weight and was taunted on a Wikipedia parody website in 2015 that was filled with offensive slurs, according to the Washington Post.

A petition was submitted by their grandparents in Bexar County, Texas, who had legal custody of their grandchild at the time.

“Minor wishes to protect himself and his future from any connections to birth father and his criminal history. Father has had no contact with minor for several years,” the petition read. 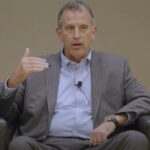 CIA seeks to recruit Russians fed up with Putin’s war 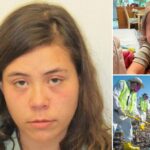