Two bartenders have been identified among the five people killed in the mass shooting at a Colorado gay club — where a witness said a night of dancing was punctured by shots, screaming, broken glass and blood everywhere.

Daniel Davis Aston, 28, was killed in the gunfire at Club Q in Colorado Springs, his mom told ABC News.

“He was our baby and he was our youngest,” Sabrina Aston told the outlet.

Fellow bartender Derrick Rump was also killed in the attack, according to the Colorado Springs Gazette.

Co-workers described Rump to the local newspaper as funny and bubbly, with one saying he always “kept his smile.”

Aston had completed his transition to male in June and was a drag performer, as well as a bartender, according to friends and social media posts.

“He was always, ‘Do you need anything?’” Leia-Jhene Seals, a drag performer who took to the stage at the club Saturday night, told the Gazette.

Brave patrons confronted the gunman and were able to stop him from causing further bloodshed, police said. Aldrich was in protective custody at a local hospital.

Witness Joshua Thurman described the terrifying scene, telling reporters on Sunday he didn’t realize at first that someone was shooting.

“I thought it was the music, so I kept dancing. Then I heard another set of shots and then me and a customer ran to the dressing room, got on the ground and locked the doors, and called the police immediately,” the 34-year-old said.

Truman recalled hearing screams from patrons while Aldrich allegedly fired into the crowd.

He said he was thinking of “my mom, my friends, my loved ones” as he was hoping he would make it out alive.

“There were bodies on the ground,” he told reporters, “blood, broken glass, broken cups and outside it was worse.”

Investigators are probing the motive, and said they will be weighing hate crime charges.

“Club Q is devastated by the senseless attack on our community,” the venue wrote on Facebook. “Our prays and thoughts are with all the victims and their families and friends. We thank the quick reactions of heroic customers that subdued the gunman and ended this hate attack.” 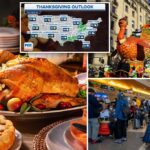 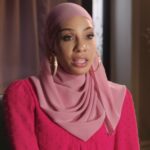