Climate activists superglued themselves to a dinosaur display inside a Berlin museum — the latest demonstration targeting cultural institutions to warn about global warming.

The two women struck inside the German city’s Natural History Museum Sunday and called on government officials to do more to combat climate change.

They glued themselves to the handrails around a large display of a dinosaur skeleton from millions of years ago, and held a banner stating: “What if the government doesn’t have it under control?”

The other activist said she feared for the future of her four children.

“This peaceful resistance is the means we have chosen to protect our children from the government’s deadly ignorance,” 42-year-old Solvig Schinkoethe said.

The protest lasted 20 minutes before authorities arrived, and it took another 40 minutes for the pair to be released.

The Natural History Museum said it filed a criminal complaint for trespassing and property damage.

Behind the protest was the group Last Generation, which has demanded Germany slash emissions immediately to reverse climate change and also wants Berlin to put a speed limit on roadways.

German officials have set a goal to become carbon neutral by 2045; no action has been taken on speed limits.

Climate activists across Europe have resorted to odd and at times messy measures to gain attention for their cause.

Just a few days ago, one climate demonstrator glued his shaved head to the famous “Girl with a Pearl Earring” painting while a second activist glued his hand to the wall next to the painting and poured tomato sauce over his partner’s head. 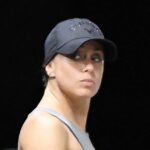 See Rare Photos of Her Over the Years 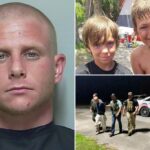