“We want to frame things so that Thomas could be the one to issue some sort of stay or other circuit justice opinion saying Georgia is in legitimate doubt,” Trump attorney Kenneth Chesebro wrote in a Dec. 31, 2020 message to his colleagues obtained by Politico.

Though the states had certified Biden as the winner of the 2020 election, Trump’s legal team was trying a variety of ways to stall Congress from officially counting the votes.

In the same message, Chesebro added that Thomas would be “our only chance to get a favorable judicial opinion by Jan. 6, which might hold up the Georgia count in Congress.”

“I think I agree with this,” replied John Eastman, a conservative law professor and Trump adviser who went on to suggest that a favorable ruling by Thomas would “kick the Georgia legislature into gear.”

Thomas is the Supreme Court justice designated to handle emergency requests arising from the Eleventh Circuit Court of Appeals, which covers Georgia.

In a separate Dec. 31, 2020 email Chesebro acknowledged that though it was “late in the day” to challenge the election results, “if we can just get this case pending before the Supreme Court by Jan. 5, ideally with something positive written by a judge or justice, hopefully Thomas, I think it’s our best shot at holding up the count of a state in Congress.”

Eastman had sought to withhold the emails published Wednesday from the House select committee investigating the Jan. 6, 2021 Capitol riot. However, a California federal judge ordered him to turn over the messages last month, saying they were likely evidence of crimes committed by Eastman and Trump.

“The emails show that President Trump knew that the specific numbers of voter fraud were wrong but continued to tout those numbers, both in court and to the public,” US District Judge David Carter wrote in his Oct. 19 opinion.

Later that month, Eastman warned in a message that Trump had been made aware that “some of the allegations (and evidence proffered by the experts)” in that Georgia filing “has been inaccurate.”

Yet even after the message from Eastman, Trump and his team filed another legal complaint that had “the same inaccurate numbers,” the judge wrote. Trump under oath verified the complaint was true to the best of his knowledge. 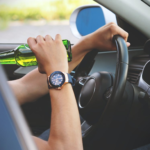 Top 5 Reasons Why Car Insurance Companies Will Deny Your Claim 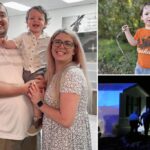