Jury selection is set to begin Monday in the lawsuit accusing Oscar-winning director Paul Haggis of raping a publicist in New York City nearly a decade ago.

Accuser Haleigh Breest filed suit against the “Crash” filmmaker in 2017 alleging that he raped her in his Soho apartment after a film premiere on Jan. 13, 2013.

The civil trial – where Haggis faces monetary damages and no jail time – is slated to last roughly two weeks. Opening remarks are set to begin Wednesday.

The case will rise and fall on the two side’s opposing testimony about whether the encounter was consensual.

The 69-year-old “Million Dollar Baby” screenwriter is listed as a defense witness.

His accuser is set to testify — as are four additional women who have accused Haggis of sexual assault but who don’t have cases against him.

Breest and Haggis have been bitterly duking it out in court for roughly five years – including fighting over what testimony and evidence the jury should be presented with.

Breest was 26-years-old and working as a publicist who planned film premieres and parties in the Big Apple when she was allegedly raped by the filmmaker, according to her suit from December 2017.

Haggis, after attending a movie premiere on the Upper West Side as a celebrity guest, offered to give Breest a ride home at the end of the night, her suit claimed.

But instead of bringing her home, Haggis allegedly pressured Breest to come to his Mercer Street apartment for a drink – over her protestations that they go to a bar instead, she alleged.

Breest says in the suit that she succumbed to his pressure since Haggis “was a powerful member of the Hollywood elite who could influence her career.”

Once inside, Haggis allegedly started kissing her while she repeatedly told him no, she claimed.

Haggis doesn’t dispute the pair had sex, but he has maintained that the encounter was consensual.

Breest also claimed that Haggis had a history of sexual abuse including of four other alleged victims – which she says will help prove her case.

Last month, Manhattan Supreme Court Justice Sabrina Kraus – who will be presiding over the trial – ruled that jurors can hear testimony from the other women.

Kraus, however, banned testimony about Haggis’ recent rape arrest in Italy since the “allegations have not been sustained and were deemed insufficient to keep [Haggis] under arrest,” according to her decision.

The judge also ruled that Haggis will be allowed to present evidence that he believes will prove that the Church of Scientology was behind what he claims are bogus sexual assault accusations against him.

Haggis – who left Scientology in 2009 after 30 years – claims the church had a vendetta against him for speaking out against it.

Kraus said Haggis is entitled to present his defense argument that the church was “seeking to embroil Haggis in ruinous, false allegations regarding women prior to Breest’s allegations” – and that her claims were part of that same alleged scheme.

However, the judge said that Haggis cannot bring up at trial his since-dismissed lawsuit against Breest alleging she mounted false accusations against him in an attempt to extort him for $9 million.

Haggis also can’t mention the fact that he brought his extortion allegations to the Manhattan District Attorney’s Office – which never brought a case against Breest – the judge ruled.

Lawyers on both sides told The Post their clients are eager for the trial to begin and for the truth to come out.

“Haleigh Breest has had to wait many years to hold Paul Haggis accountable and we’re eager now for the truth to be revealed at trial,” said Breest’s lawyer Zoe Salzman.

Haggis’ lawyer Priya Chaudhry said her client “has endured a relentless campaign of public humiliation falsely painting him as some type of Harvey Weinstein character,” while re-iterating his extortion claims and that he brought those allegations to the DA’s Office.

“After losing his reputation, career, and livelihood, Paul Haggis’ well-funded and powerful enemies have almost succeeded in destroying him,” Chaudhry said in a statement.

“On Monday, after five years of trying to get his case to trial, he will finally have the opportunity to present the evidence he has been prevented from revealing and will clear his name.” 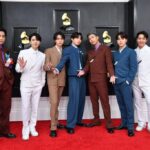 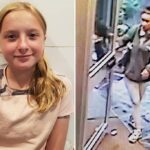 Woman charged in death of Paris girl, 12, found in suitcase