Socialist and progressive city council members are looking to advance a bill that would pay drug users to return spent paraphernalia as the number of discarded needles in New York City has more than doubled over the last year.

The proposed cash-for-addicts program “would authorize the [Department of Health and Mental Hygiene] to set the buyback incentive, up to 20 cents per needle, syringe or sharp, with a cap of $10 per individual per day,” according to the legislation. The one-year pilot program would then be evaluated by DOHMH which would then decide whether to make it a permanent part of city life.

The program will only be open to druggies who use a needle, syringe, or sharp for drug use at a city overdose prevention center (OPC) and discard the paraphernalia on site after use.

The prime sponsor of the bill is East Harlem Councilwoman and Deputy Speaker Diana Ayala, but the idea has attracted a bevy of support from the chamber’s most far-left and socialists members, including Chi A. Ossé, Shahana K. Hanif, and Alexa Avilés.

Reps for Ayala did not immediately respond to a request for comment, but on Twitter, she said “the intent of the bill is to get those folks that are using on our streets and open spaces to bring back the dirty needle (possibly to OPC site) as opposed to discarding them improperly.”

Mayor Adams too — despite his one-time “war” with city socialists — told The Post he was favorably disposed toward the proposal.

“We welcome partnership with the Council to promote safe disposal of syringes and address community concerns, and will review the legislation,” his office said.

In a council hearing Tuesday, however, even city officials were dubious about offering junkies a rush of cold hard cash after their hit.

Dr. Michael McRae, deputy commissioner of the division of mental hygiene at DOHMH said while he found the bill’s intentions admirable, junkies using needles at city facilities were already required to safely dispose of them before leaving.

“We share the goal of the legislation to promote safe disposal of syringes and address syringe litter concerns, however under existing OPC operations, participants must use equipment provided by the OPC and must discard equipment before leaving,” he said.

“It wouldn’t really be addressing problems with syringes going back into the community,” McRae told later Democratic councilman Erik Bottcher.

Other critics said the approach was misguided.

“It’s not going to benefit the person who is the drug addict who is using the needles. It could be harmful to the person who is collecting these needles. And who’s paying the [twenty] cents per needle? Where is that money coming from? I think the taxpayers are paying for enough!,” said Queens GOP councilwoman Joann Ariola.

The law comes as the city faces an epidemic of used drug needles discarded all across the five boroughs. In Fiscal Year 2022, the Department of Sanitation environmental police unit collected 69,692 discarded or improperly disposed needles, more than double the 32,252 collected during the same period of 2021.

The spike tracks a law signed by Gov. Hochul in October 2021 which decriminalized the possession and sale of hypodermic needles and syringes as well as limits on how many syringes a pharmacy can provide. That same month NYPD officers were ordered to stand down and allow addicts to shoot up in public without interference.

“People are encountering syringes in greater and greater numbers and needless to say it’s a big concern. People don’t know what to do and they aren’t having much luck with the Department of Sanitation,” a frustrated Bottcher said during the hearing.

Edward Mamet, a retired NYPD captain, said there was absolutely a correlation between the Hochul drug laws and a spike in discarded needles.

“When I was in the narcotics bureau, we used to arrest people for possession of needles. Possession alone was a basis for a misdemeanor arrest. There’s been a total abandoning of that policy,” he said. 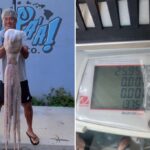 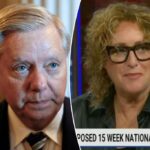