Are you a Russian opposed to Vladimir Putin’s invasion of Ukraine? The Central Intelligence Agency wants you!

“We’re looking around the world for Russians who are as disgusted with that as we are,” David Marlowe, the CIA’s deputy director of operations, told an audience during a recent discussion at George Mason University’s Hayden Center. “Because we’re open for business.”

In his first public remarks since his appointment last year, Marlowe said that Putin’s invasion of Ukraine has been an abject failure and that Western intelligence services should make the most of it by enlisting agents from among Russians fed up with the Kremlin strongman’s regime. The remarks were first reported by the Wall Street Journal.

“Putin was at his best moment the day before he invaded,” Marlowe said, arguing that the Russian president had the ability to put pressure on Ukraine and NATO, and demonstrate his country’s strength. “He squandered every single bit of that.”

Marlowe spoke out about the CIA’s recruitment prospects last week during a rare panel discussion with Linda Weissgold, the agency’s deputy director for analysis. The Hayden Center released a video of the event Monday.

Marlowe’s comments coincide with claims by former senior CIA agents that the unpopular war has presented opportunities to recruit disillusioned Russian military officers and members of the country’s economic elite who have been affected by crippling Western sanctions.

It has also been reported that CIA officers and their counterparts from Britain’s MI6 are working in Ukraine, including in a training capacity.

Weissgold, whose department is tasked with giving President Biden intelligence briefings, said at last week’s event that despite Russia’s setbacks on the battlefield, the Ukraine war is far from over because Putin has not given up on his expansionist goals.

“This isn’t going to end anytime soon. I think this could certainly drag on,” she said.

“The Ukrainian soldiers know that,” Weissgold added. “The Russian soldiers, not so much.”

Weissgold’s comments echo recent remarks by Ukrainian President Volodymyr Zelensky, who has repeatedly said that while Ukrainians are fighting to protect their homeland and way of life, Moscow’s forces don’t have a clear understanding of what they’re fighting for because Ukraine is not their land. 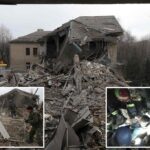 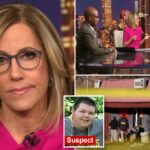