Queens residents had more than flooding to blubber about Friday morning.

Rockaway residents woke up after a night of drenching rain to find chunks of what appeared to be a sperm whale strewn across the neighborhood.

“Wow, that is something to see (and smell), I bet,” one Twitter user said. “Right there in the business district of Rock Park!”

“When I tell you living in Rockaway is like living on another planet,” said another.

The storm surge may have unearthed the slices of a baby sperm whale that washed up and died on Rockaway’s shores last week.

The Atlantic Marine Conservation Society performed a necropsy on the animal by cutting it into clean chunks, which the agency then buried under the waterline.

Surfers and construction workers tried to rescue the 35-foot whale after they spotted it flailing in the water at 7:30 a.m. Dec 17.

The distressed calf, which was likely between 3 and 5 years old, had clear injuries, including multiple scrapes and bruises, much like the ones seen on the chunks found Friday morning.

Sperm whales are considered endangered by the National Wildlife Federation.

The whale was the sixth to be stranded in New York since Oct. 20 this year, National Oceanic and Atmospheric Administration told Patch.

The Parks Department did not immediately respond to request for comment. 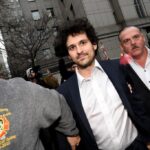 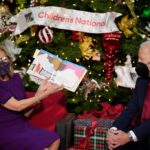