The University of Virginia student who allegedly killed three football players and gunned down two other classmates was set to be arraigned on murder charges Wednesday morning.

Christopher Darnell Jones Jr., 22, faces three counts of second-degree murder and three counts of using a handgun in the commission of a felony in connection with Sunday’s massacre, prosecutors said.

Jones Jr., a former football player, had just returned from seeing a play with his victims on a school field trip to Washington, DC when he opened fire on and near the bus that had just pulled into UVA’s Charlottesville campus, officials said.

Devin Chandler, Lavel Davis Jr. and D’Sean Perry were all shot dead. Michael Hollins, who also played football for the Virginia Cavaliers, and Marlee Morgan, a sophomore at the university, were injured, officials said.

Members of the suspect’s family told The Post that the horrific mass shooting came after Jones was having “problems.”

“I know he had a downfall,” she said about her grandson’s state of mind. “I believe he had some problems there,” she said, referring to UVA.

Jones’ father Christopher Darnell Jones Sr. told NBC 12 Monday his son told him “some people was picking on him” and “he didn’t know how to handle it.”

Jones, who was taken into custody following a 12-hour manhunt, had been previously arrested for an incident involving a concealed weapon.

The suspect was listed on the Cavaliers’ freshman roster as a running back. He did not play in any games or suit up in subsequent years, according to school statistics. 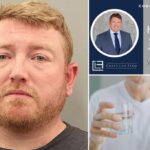 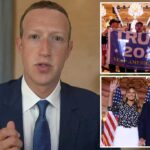