“Car confessions!” the TLC personality, 50, began in a selfie video she shared via her Instagram Stories on Saturday, October 8. “So, the last couple years before I left Kody, every time the radio would come on, [it was] always songs, like, love and forever love and everything like that. So, I made this empowering playlist — definitely Kelly Clarkson, ‘Since you Been Gone,’ ‘Stronger.’ I think that played several times on the playlist. Of course, Pink, Lady Gaga. Incredible, incredible playlist.”

Christine’s revelations came just one day before the Sunday, October 9, episode of the hit reality series premieres. A teaser clip for the upcoming episode featured Kody, 53, talking about “compliance” among the sister wives Janelle Brown, Meri Brown and Robyn Brown amid Christine’s departure from the plural family.

“Here’s the funny thing in plural marriage: a wife works with you or works against you,” the businessman said during his confessional. “Janelle and I would be a team sometimes and wouldn’t be sometimes. Christine was usually fairly compliant, and then when we decided we didn’t want to move to Utah when Christine wanted to move to Utah, it’s like, ‘Well, I’m going to Utah.’ Christine became suddenly very independent.”

Season 17 of Sister Wives has documented the abrupt changes within the family dynamic following Christine’s decision to leave Kody. Although viewers are watching the drama unfold now, the Cooking With Just Christine star announced her split from Kody in November 2021 following more than two decades of spiritual marriage.

“After more than 25 years together, Kody and I have grown apart, and I have made the difficult decision to leave,” she wrote via Instagram that month.“We will continue to be a strong presence in each other’s lives as we parent our beautiful children and support our wonderful family. At this time, we ask for your grace and kindness as we navigate through this stage within our family.”

Although she vowed they would remain present in each other’s lives as coparents, fans have watched Kody react angrily over Christine’s exit. However, he expressed more sadness rather than resentment in a separate teaser for the October 9 episode, in which the entire Brown family celebrated Ysabel’s birthday and graduation.

“I’m just blue,” Kody admitted to the cameras. “If we really go through with this, as Christine is leaving, is she really going to leave? I’m living in a delusional world where [I’m] wishing that Christine wouldn’t leave.” 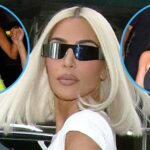 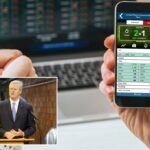