“As far as any relationship, any marriage goes, I think [Janelle’s] similar to, in Meri [Brown]’s situation where she’s just staying in a marriage that’s not really a marriage,” Kristyn says about Janelle’s relationship with the polygamous patriarch. “I don’t think they’ve had a marriage for a long, long, long time. It’s just platonic.”

Kristyn – who assists victims of polygamy through her Second Choices Coalition nonprofit – continues, “That’s pretty obvious that they really haven’t been together in a long time, at least marriage wise.”

Kristyn goes on to explain that in their religion – the Apostolic United Brethren (AUB), which is a Mormon fundamentalist sect – “it’s worse for men to divorce their wives,” than it is for the woman to decide to leave.

“That’s why [Kody] wants them to leave,” she claims. “If they’re going to, if they kick him out, then they are looked down upon much worse. Kody’s got to get them to [leave on their own].”

The Fifty Years in Polygamy author shares her thoughts with In Touch just days after rumors swirled that Janelle had left Kody nearly a year after his third wife, Christine, 50, announced her split from the polygamous family patriarch. The speculation began after Kody and Christine’s daughter Gwendlyn seemingly hinted at Janelle and Kody’s split in a since-deleted TikTok Live with her friend Sarah.

However, Kody and Christine’s split had a negative effect on Kody’s marriage with Janelle. Kody opened up about the state of his relationship with his second wife during the Sunday, November 20, episode of Sister Wives.

“I’m in a very vulnerable place and if I cross a line, will she cross another line? And that sort of cynicism comes, I think, from unwinding 20 years in plural marriage and Christine leaving,” the reality star said in a confessional. “I don’t think Janelle or I are being honest or realistic in this relationship as we communicate with each other about this stuff,” Kody added, saying that he feels like Janelle is “rejecting” him and “choosing to have a [relationship] with Christine” instead.

Christine and Kody announced their split in November 2021 after more than 25 years of marriage.

“Kody and I have grown apart and I have made the difficult decision to leave,” the Cooking with Just Christine host shared via Instagram at the time. “We will continue to be a strong presence in each other’s lives as we parent our beautiful children and support our wonderful family. At this time, we ask for your grace and kindness as we navigate through this stage within our family.”

Reps for Kody and Janelle did not immediately respond to In Touch‘s request for comment. 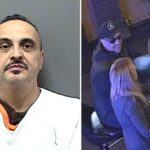 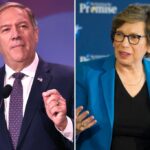