“Beyond this place of wrath and tears, looks but the horror of the shade,” the mom of six, 50, recited in an Instagram Reel on Monday, December 12. “And yet, the menace of the years finds and shall find me unafraid.”

In the caption, the TLC star wrote she felt the inspirational poem, Invictus, “might be a great idea,” while adding the hashtags, “I am the captain of my soul” and “you have a purpose.”

Christine’s message of resilience comes just days after In Touch exclusively confirmed that her former sister wife Janelle had officially ended her marriage to Kody after months of on-camera tension.

“Janelle is a strong independent woman and realized she can do it on her own,” an insider told In Touch, adding that Janelle “outgrew him.”

On the December 11 episode of the series, Kody confirmed that two of his four marriages are over. “I am separated from Janelle, and I am divorced from Christine,” the father of 18 told the cameras. Kody remains spiritually married to Meri Brown, whom he divorced to legally marry, Robyn Brown in 2014.

In another scene, Janelle explained that Kody’s strict health rules during the COVID-19 pandemic led her to embrace her independence and realize what she “deserves.”

Janelle and Kody had been in a spiritual marriage since 1993 and share six kids together — Logan Brown, Maddie Brown, Hunter Brown, Garrison Brown, Gabriel Brown and Savanah Brown.

Christine first announced the end of her and Kody’s relationship in November 2021 and, while it has been a prominent storyline of season 17, the cameras have also caught Janelle and Kody butting heads as argued over pandemic protocols, living arrangements and the changing family dynamic.

Disagreeing on how to navigate the health crisis for their family of 23, Janelle refused to follow his strict rules, previously telling him to “f—k off” during an intense argument about their 2020 holiday plans.

“In the last 18 months, I’ve realized that I’m pretty good,” Janelle said during her latest confessional. “I’m independent, and I’m not going to stand here and be yelled at. I just don’t need it.” 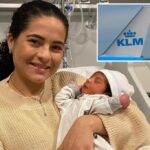 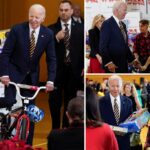