“Traveling with family can make short trips long or long trips short. This was a short long trip!” the TLC personality, 50, captioned an Instagram carousel post on Friday, October 7. The first slide featured a funny selfie between Christine and Ysabel, 19, sitting in their car together. The next few captured sweet moments of Christine and Kody’s daughter enjoying the scenery.

Their excursion comes just two days before the Sunday, October 9, episode of the hit reality series premieres, which includes Ysabel’s birthday and graduation celebration. In a teaser clip obtained by Entertainment Tonight, the family patriarch, 53, talked about the party and his sadness over Christine’s departure.

“This evening has gone off without a hitch. It’s been wonderful, and I think Ysabel has felt special,” Kody said, referring to his daughter’s party. “I’m just blue. We will never be there again. If we really go through with this, as Christine is leaving, is she really going to leave?”

He then noted he was “living in a delusional world where [he’s] wishing that Christine wouldn’t leave.”

In addition to Ysabel, the Cooking With Just Christine star and the businessman also share kids Mykelti, Paedon, Aspyn, Gwendlyn and Truely.

Even Robyn, 43, agreed with Kody’s point of view and lamented Christine’s decision to leave the plural family.

The My Sisterwife’s Closet founder also added that she hoped for a possible reconciliation between Kody and Christine now that they all came together as a family for Ysabel.

“I don’t know, I’m just one of those people who hopes, constantly, that maybe something will spark for someone and go, ‘Oh, this is worth figuring out, sticking around,’ [because] I would look at it and think that,” she concluded. “It could make Christine feel like, ‘Hey, this is worth staying for.’”

Christine announced her separation from Kody in November 2021 following 25 years of spiritual marriage.

“After more than 25 years together, Kody and I have grown apart and I have made the difficult decision to leave,” the Utah resident wrote via Instagram at the time. “We will continue to be a strong presence in each other’s lives as we parent our beautiful children and support our wonderful family.”

‘Although she vowed the former pair would work together as coparents, Sister Wives fans have only seen more drama unfold amongst the sister wives, Kody and Christine after she broke the news about her exit. Kody, specifically, reacted angrily over their split, calling Christine’s decision a “major injustice.” 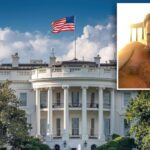 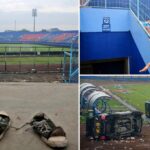