Not going anywhere. Christine Brown revealed her future as a star on the hit TLC show Sister Wives following her November 2021 split from Kody Brown, telling Entertainment Tonight that she plans on seeing the show to the finishing line.

“I made a promise to Kody and everybody else that I will stay with Sister Wives as long as we have the show just to be fair,” Christine, 50, said on Wednesday, November 16, when asked if she would ever leave the show that has lasted 17 seasons. “It’s what our family’s been doing for so long.”

She added, “I feel like it would be disloyal if I, you know, decided to not be part of the show.”

The TV personality announced she was leaving Kody in a statement posted via Instagram in November 2021, following a period of distance and tension between the couple. “After more than 25 years together, Kody and I have grown apart and I have made the difficult decision to leave,” Christine wrote at the time. “We will continue to be a strong presence in each other’s lives as we parent our beautiful children and support our wonderful family. At this time, we ask for your grace and kindness as we navigate through this stage within our family. With Love, Christine Brown.”

While Kody, 53, and Christine have been separated for nearly a year as of publication, their breakup is currently playing out on season 17 of the reality show.

During the season premiere on September 11, Christine called Kody “cowardly” and told him to “man the f–k up.”

At another point in the episode, the Cooking With Just Christine star confronted the Brown patriarch about his reluctance to officially divorce her. “Why are you insisting on holding onto me? This isn’t working, Kody. You said it wasn’t working too,” she asserted.

While Kody has had a hard time accepting Christine’s decision to leave him, the mother of six has also experienced conflict with her sister wives Meri Brown and Robyn Brown.

During the November 13 episode, Kody, Robyn, 44, and Meri, 51, got into a heated argument with Christine over the separation. The confrontation ended with Christine stating she needed “space” from both Robyn and Meri.

While her relationships with Meri and Robyn are strained, Christine has managed to remain close to Janelle Brown.

“As far as the relationships with the other adults, I think Janelle and I are super close. But I’m not that close with the rest of you,” she told the group. “And for right now, I need it that way.” 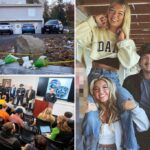 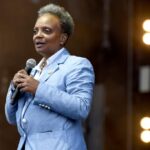