Tension or water under the bridge? Sister Wives stars Christine Brown and Robyn Brown have seemingly been at odds with one another since the latter has been accused of being husband Kody Brown’s “favorite wife.” Fans are wondering if the two are involved in a full-on feud or if they’ve buried the hatchet.

In the explosive September 2022 premiere of season 17, the Cooking With Just Christine star opened up about her November 2021 split from the family patriarch and hinted at Robyn being his top choice out of the four wives. Aside from the two women, Janelle Brown and Meri Brown are also part of the plural family.

“I think he has a favorite wife and that’s why all of this is like it is,” the mom of six said during a confessional. “And apparently, I’m not treating her well enough.”

For her part, Robyn slammed the former sister wife’s claims in the same episode, noting, “This isn’t a new complaint that Kody favors me.”

“I’m not getting some preferential treatment, even though that’s what they think,” the TLC personality said. “You have to want everyone in the family to be happy, as much as you want yourself to be happy. It’s the only way to do it successfully in my opinion.”

Despite their apparent disagreement, Christine had nothing but polite comments about Robyn during a separate September 2022 episode. In one scene, her pregnant daughter, Mykelti Brown, opened up about having a close relationship with the My Sisterwife’s Closet founder, noting she wanted Robyn to be there while she prepared to give birth to her first child in April 2021.

“Robyn couldn’t be at the birth in person just because of COVID, and it was still so important for Mykelti to have Robyn there. And so, I arranged to have Robyn come in on a conference call the whole time because she could still see what’s happening. … Robyn and Mykelti have a very, very special bond. When Robyn came into the family, she immediately embraced Mykelti, and I’ll always love and respect Robyn for her relationship with Mykelti.”

Mykelti then explained that while she didn’t want her father present for the birth, she wanted “my mom Christine and my mom Robyn” there.

As for Christine’s marriage to Kody, the LuLaRoe retailer later explained that she believed Robyn may have realized they split.

“I mean, I assume Robyn knows that mine and Kody’s relationship is over just because Kody’s moved all of his stuff [sic],” she added. “I don’t know how much she knows, though. We haven’t talked with all of the adults about everything yet. So, I don’t know if Robyn knows. I have no idea, but it doesn’t even matter. We’re here for Mykelti right now.”

Scroll through the gallery to look through Christine and Robyn’s complicated friendship. 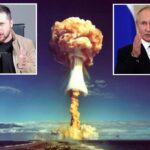 Volodymyr Zelensky says nuke war ‘could be a reality’ 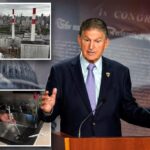