Coming to terms. Sister Wives’ Christine Brown reflected on moving forward from her former marriage to Kody Brown prior to leaving Arizona for Utah in a new clip.

“The future’s huge and I know it, and I wish so bad I could move to Utah right now,” the Cooking With Christine star, 50, said a clip released by TLC’s Instagram account on Saturday, September 24, one day before episode 3 will premiere. “I think that’s the saddest part is that I’m not moving on as fast as I would like.”

She also addressed that her daughters Ysabel and Gwendlyn “still live at home” in Flagstaff, Arizona, “and they will live at home until they both move to college.”

Nevertheless, Christine noted she “still [would] move” as soon as possible despite her kids being there. She and Kody, 53, also share Mykelti, Paedon, Aspyn and Truely together. Aside from starting her new single life, the mom of six also reflected on plural marriage.

“Kody and I never had a legal marriage, like, it was a spiritual marriage,” she explained. “And I don’t know at what point our marriage is technically over because there was no real marriage contract. Kody and I were married for 26 years. This would have been our 27th wedding anniversary. That’s a long time to be with somebody.”

Although their marriage didn’t work out, Christine emphasized that she and the family patriarch “had a lot of great times” together.

“And we both are who we are today because of the marriage and the time that we had together, so it’s not a failure,” she continued in her confessional. “Then I realized there’s no real intimacy. I mean, sex has been something that has been missing for sure, but the intimacy of the marriage. It just wasn’t there.”

For his part, Kody confessed how he could have handled the situation differently, admitting, “I thought she was being mean. I was angry. … I wish I would have actually said, ‘Well, we’ve got to work on some things.’ I didn’t have any contact with Christine on our anniversary, and that’s just an affirmation that it’s over.”

Christine and Kody announced their split in November 2021 following more than two decades of marriage.

“After more than 25 years together, Kody and I have grown apart, and I have made the difficult decision to leave,” she wrote via Instagram that month.

Her announcement came two weeks after she had moved back to her home state of Utah, In Touch confirmed at the time.

Season 17 of Sister Wives documents the dramatic changes within the whole family and between the remaining three wives, Meri Brown, Janelle Brown and Robyn Brown, following Christine’s departure. During the September 18 episode, Christine mentioned she was “not looking forward” to telling her sister wives of their split. 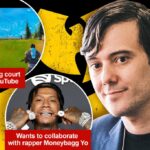 Martin Shkreli out of prison, trying to start rap career 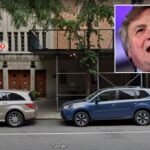