​China’s foreign minister signaled in a speech Sunday that Beijing would bolster its ties with Russia in the coming year, while defending the communist country’s impartiality on the war in Ukraine. ​

Wang Yi​, ​speaking by video to a conference in the Chinese capital, ​said China would ​​“deepen strategic mutual trust and mutually beneficial cooperation” with Russia. ​

“With regard to the Ukraine crisis, we have consistently upheld the fundamental principles of objectivity and impartiality, without favoring one side or the other, or adding fuel to the fire, still less seeking selfish gains from the situation,” Wang said, the Associated Press reported, citing an official text of his remarks.

In his address, Wang also blamed the US for the deteriorating relations between the world’s two largest economies, saying China has “firmly rejected the United States’ erroneous China policy.”

Washington has criticized Beijing’s stand on trade and technology, its human rights abuses and its aggressive stand on Hong Kong and Taiwan.

The relationship is also strained over China’s refusal to condemn Russia’s invasion of Ukraine and for not taking part in Western sanctions against Moscow. 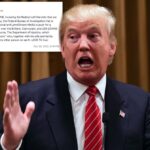 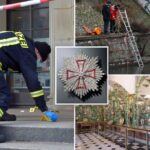