BEIJING — China will drop a travel tracing requirement as part of an uncertain exit from its strict “zero-COVID” policies that have elicited widespread dissatisfaction.

At midnight on Monday, the smart phone app will cease to function, meaning residents’ travels will not be traced and recorded, potentially reducing the likelihood they will be forced into quarantine for visiting pandemic hot spots. China’s ruling Communist Party allows no independent parties to conduct verification and such apps have been used in past to suppress travel and free speech. It’s part of a package of apps that includes the health code, which has yet to be disabled.

The move follows the government’s snap announcement last week that it was ending many of the most draconian measures. That follows three years of lockdowns, travel restrictions and quarantines on those moving between provinces and cities, mandated testing, and requirements that a clean bill of health be shown to access public areas.

Last month in Beijing and several other cities, protests over the restrictions grew into calls for leader Xi Jinping and the ruling Communist Party step down, in a level of public political expression not seen in decades.

While met with relief, the relaxation has also sparked concerns about a new wave of infections potentially overwhelming health care resources in some areas.

Xi’s government is still officially committed to stopping virus transmission, the last major country to try. But the latest moves suggest the party will tolerate more cases without quarantines or shutting down travel or businesses as it winds down its “zero-COVID” strategy.

Facing a surge in COVID-19 cases, China is setting up more intensive care facilities and trying to strengthen hospitals’ ability to deal with severe cases.

At the same time, the government reversed course by allowing those with mild symptoms to recuperate at home rather than being sent to field hospitals that have become notorious for overcrowding and poor hygiene.

Reports on the Chinese internet, which is tightly controlled by the government, sought to reassure a nervous public, stating that restrictions would continue to be dropped and travel, indoor dining and other economic activity would soon be returning to pre-pandemic conditions.

China’s leaders had long praised “zero-COVID” for keeping numbers of cases and deaths much lower than in other nations, but health officials are now saying the most prevalent omicron variety poses much less of a risk.

Amid a sharp drop in the amount of testing, China on Monday announced only around 8,500 new cases, bringing the nation’s total to 365,312 — more than double the level since Oct. 1 — with 5,235 deaths. That compares to 1.1 million COVID-19 deaths in the United States.

Protests erupted Nov. 25 after 10 people died in a fire in the northwestern city of Urumqi. Many believed COVID-19 restrictions may have impeded rescue efforts. Authorities denied the claims spread online, but demonstrators gave voice to longstanding frustration in cities such as Shanghai that have endured severe lockdowns.

The party responded with a massive show of force and an unknown number of people were arrested at the protests or in the days following.

Xi’s government promised to reduce the cost and disruption after the economy shrank by 2.6% from the previous quarter in the three months ending in June. Forecasters say the economy probably is shrinking in the current quarter. Imports tumbled 10.9% from a year ago in November in a sign of weak demand.

Some forecasters have cut their outlook for annual growth to below 3%, less than half of last year’s robust 8.1% expansion.

Amid the unpredictable messaging from Beijing, experts warn there still is a chance the ruling party might reverse course and reimpose restrictions if a large-scale outbreak ensues.

Last week’s announcement allowed considerable room for local governments to assign their own regulations. Most restaurants in Beijing, for example, still require a negative test result obtained over the previous 48 hours and rules are even stricter for government offices. 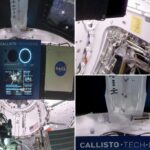 Can you spot the hidden messages inside NASA’s Artemis I Orion spacecraft? 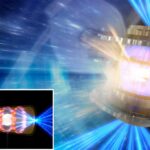