China sent 71 warplanes and seven ships toward Taiwan in a display of force over 24 hours after Beijing condemned the billions in security assistance Congress included for the self-governing island in the $858 billion military defense spending bill approved this month.

In that timeframe, 47 of the Chinese planes crossed the Taiwan Strait’s median line, an unofficial boundary between the two countries, and entered Taipei’s air defense zone, Taiwan’s military said Monday.

China, which considers Taiwan part of its territory, has ramped up its military posture against the island, sending warplanes into its air space and conducting military exercises in the waters nearby over the past couple of years.

“This is a firm response to the current US-Taiwan escalation and provocation,” Shi Yi, the spokesman for the People’s Liberation Army’s  Eastern Theater Command, said in a statement.

The reference was to the 2023 National Defense Authorization Act that Congress passed and President Biden signed on Friday.

The new law contains more than $10 billion in security assistance for Taiwan over the next five years.

“This sends a gravely wrong signal to ​’​Taiwan independence​’​ separatist forces and severely affects peace and stability across the Taiwan Strait. Taiwan is China’s Taiwan. No external interference in China’s internal affairs will be tolerated​,” it said in a statement.​

“​The US needs to stop seeking to use Taiwan to contain China, stop fudging, distorting and hollowing out the one-China principle, and stop moving even further down the wrong and dangerous path​,” it continued.

​”The more preparations we make, the less likely there will be rash attempts of aggression. The more united we are, the stronger and safer Taiwan would become,” Tsai ​said.​​ 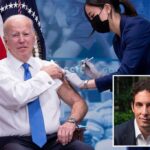 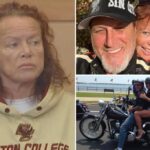