Nearly 37 million people may have contracted COVID-19 in China earlier this week, making the country’s viral outbreak the world’s largest.

Minutes from an internal meeting of the National Health Commission (NHC) revealed that as many as 248 million people – nearly 18% of China’s population – came down with the virus in the first 20 days of December, as a surge that began in Beijing is now spreading to rural regions, Bloomberg News reported.

It is unclear how Chinese health officials arrived at that estimate, as the country’s network of PCR testing booths were shut down earlier this month.

The 37 million cases estimated for Tuesday, Dec. 20 represent a dramatic shift from the official tally of 3,049 infections reported in China that day. If accurate, the new numbers far surpass the previous daily infection record of 4 million from January 2022.

The figures will also add to concerns that COVID is running rampant after the Communist government lifted quarantine restrictions under the “zero COVID” policy earlier this month, The Times of London noted.

Chinese residents are no longer required to report positive test results, and President X Jinping’s regime is no longer publishing the daily number of asymptomatic cases.

Chef Qin, chief economist at MetroDataTech, told Bloomberg News that the reopening waves will likely peak between mid-December and late January, and may be responsible for tens of millions of daily infections.

Chef predicted that the largest case counts will be in the cities of Shenzhen, Shanghai, and Chongqing.

While the NHC minutes did not disclose how many people have died in the surge, it did cite head physician Ma Xiaowei for a new, narrower definition of COVID fatalities.

According to Ma, only those who die from COVID-induced pneumonia will be counted in the mortality rates.

Meanwhile, hospitals in China remain overwhelmed by the sudden influx of patients, while crematoriums grapple with the wave of deaths.

Hu Xijin, the former editor-in-chief of the state-aligned newspaper The Global Times, shared a social media post urging the country to move forward amid the terrifying spike in infections.

“We cannot let the service sector such as tourism get decimated. We cannot let more people lose jobs or wages,” he wrote. “We cannot have children who cannot go to school in a normal way, or families who cannot reunite upon holidays.” 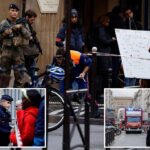 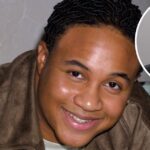 Disney Channel Stars Who Have Been Arrested: Mugshots