Chief Justice John Roberts thanked Congress and law enforcement for ensuring judges’ security during a turbulent 2022 that saw national protests against the Supreme Court’s ruling striking down Roe v. Wade and demonstrations outside the justices’ homes.

“The law requires every judge to swear an oath to perform his or her work without fear or favor, but we must support judges by ensuring their safety. A judicial system cannot and should not live in fear,” Roberts said in his annual year-end report released on Saturday.

“I thank the U.S. Marshals, Court Security Officers, Federal Protective Service Officers, Supreme Court Police Officers, and their partners who are on duty as we ring in the year, working to ensure that judges can sit in courtrooms to serve the public throughout the coming year and beyond,” the chief justice said.

The release of a draft opinion in May that showed the Supreme Court was poised to overturn Roe v. Wade, the 1973 landmark case legalizing abortion nationally, sparked nationwide protests, including outside the Supreme Court building in Washington.

Crowds of pro-abortion advocates holding up signs and chanting slogans also gathered outside the homes of the court’s conservative justices.

The wave of protests ​only accelerated after the Supreme Court’s ruling, written by Justice Samuel Alito, was released on June 24.​

Congress passed the Supreme Court Police Parity Act, which provided justices and their families with the same level of protection given to federal lawmakers and White House officials, ​in the wake of the draft decision leaking.

Roberts also noted the passage in December of the​ ​Daniel Anderl Judicial Security and Privacy Act​ in Congress to help protect judges and their families. ​

The act was named after Anderl, the 20-year-old son of New Jersey federal Judge Esther Salas who was killed in 2020 when he opened the door of their home in ​July to a man angry over his mother’s handling of a case.

Salas’ husband was wounded in the attack. 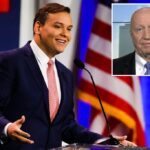 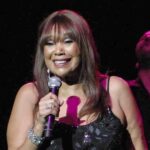 Stars Who Died in 2023: Celebrity Deaths This Year