A Chicago alderman and former police officer is urging the city to provide an alternative form of treatment to officers struggling with post-traumatic stress disorder as the city grapples with a troubling number of officer suicides over the past several years.

Alderman Anthony Napolitano, who represents Chicago’s 41st ward and served as a Chicago police officer for five years and also served as a Chicago firefighter for ten years, has put forward a resolution calling on three different City Council committees to hold a public hearing to consider providing a path for officers suffering from PTSD to access “stellate ganglion block” and ketamine treatments.

“I personally know two people who have used it, both are Chicago police officers, both served in the military as well and they both said it was a complete and absolute life-changing experience for them,” Napolitano told Fox News Digital about two police officers who took a “stellate ganglion block” shot, which is also referred to as the “God shot.”

The stellate ganglion is a group of sympathetic nerves in the base of the neck and researchers have found that injecting anesthetic into the nerves can block the feeling of pain brought on by traumatic events in some instances and can temper “fight or flight” responses.

Some studies have shown that stellate ganglion block shots have had positive effects for some active service members struggling with PTSD. One mental health expert told Fox News Digital that while the treatment does not work for everyone and is not a substitute for therapy, police officers should have access to whatever alternative treatments they are seeking.

Napolitano says the officers he has talked to “went from living a normal life to being depressed and having some post-traumatic stress from doing the job” and then took the “God shot,” which “completely changed their lives” and re-energized their “hunger to live.”

Napolitano explained that currently, because the treatments are new and not yet backed by the Food and Drug Administration, Chicago police officers have to pay thousands of dollars out of pocket for the treatment. Napolitano hopes his resolution will change that situation.

Some studies have shown that stellate ganglion block shots have had positive effects for some active service members struggling with PTSD. One mental health expert told Fox News Digital that while the treatment does not work for everyone and is not a substitute for therapy, police officers should have access to whatever alternative treatments they are seeking.

“Every department should have funding ready to care for their police officers with no questions asked and no obligation to the officer to pay out of pocket,” said Tania Glenn, a trauma therapist in the Austin, Texas, area for 30 years and president of Tania Glenn and Associates, which specializes in providing mental health services to first responders and veterans.

“With the newer sort of more controversial treatments it is a good idea to try them and if officers are willing to try them and feel like it’s a good option for them, it also gives us a chance to study the impacts of the new treatments,” Glenn added. “The bottom line is that all officers at some point in their career are going to need help with something and this should come at no cost to them.”

In addition to the “God shot,” some mental health experts believe that ketamine treatments, which are not currently covered by police officer insurance plans, can also benefit suffering first responders.

“In some emergency departments in other parts of the country, they actually use ketamine treatment for folks who are coming in who are suicidal,” Alexa James, CEO of the National Alliance on Mental Illness Chicago, told the Chicago Sun-Times.

“It’s like a very fast-acting brain healer, with very little side effects, if any. I’ve done ketamine treatment for my depression, actually. It’s incredible.”

Napolitano says he hopes his resolution will lead to the incorporation of the treatments into the city’s Flex Pay system. Under that plan, officers can receive the treatment and pay for it using money the city gives them up front each year but which is paid back out of their paychecks over the next 12 months.

“If that’s not doable, the last part of our resolution is to have this done as a grant funding through the city of Chicago, to find grant funding to pay for this for our city workers,” Napolitano said.

Napolitano’s call for more access to PTSD treatment comes after 21 current or recently retired Chicago police officers have committed suicide since 2018, including three this past summer.

According to a 2017 Justice Department report, the police officer suicide rate in Chicago is 60% higher than the national average.

“Those numbers are staggering,” Napolitano told Fox News Digital. “I don’t know how else to explain that we need to start coming up with other tools. That’s way too many officers to take their own lives and I pray that it slows down and it comes to an end but to lose another life, it’s unacceptable.”

Chicago Mayor Lori Lightfoot’s office did not immediately respond to a request for comment from Fox News Digital. 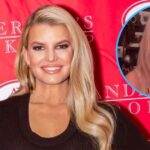 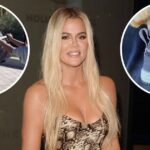 Photos of Baby No. 2