Virginia Walmart shooter Andre Bing threw away a “kill list” of co-workers with one of his victim’s names circled with a pen, it emerged Thursday.

The printed list showed the names of workers at the Chesapeake store, their shift hours, departments they worked in and duties, as reported by Dailymail.co.uk.

The names of a number of Bing’s co-workers were circled, including Tyneka Johnson, 22, who was one of six shot dead in the Tuesday night massacre.

Victims Brian Pendleton, Randall Blevins, Lorenzo Gamble, and Kellie Pyle do not appear on the list. It is not known if the sixth victim, an unnamed 16-year-old, was included.

Also among the trash were screenshots of surveillance footage from October, apparently from the Walmart store, showing a black-clad person walking outside it shortly before midnight.

The property had initially been searched on Tuesday night shortly after Bing’s shooting rampage. After the list of names was discovered Thursday, FBI agents again swarmed the house.

First responders had reportedly found a similar list of targets near Bing’s body at the scene and other reports said Bing, 31, wrote a self pitying manifesto in which he whined about unspecified changes in his employment status and complained other employees were harassing him.

Out of four injured victims in the shooting, only two– Jason Jones and Jessica Wilczewski – had their names circled on the list. A third injured employee, Blake Williams, 23, is clinging to life on a ventilator.

The discovery of the circled list also confirms claims by Wilczewski, who told reporters she believed the gunman “had issues” with certain people, and spared her life by telling her “Jessie, go home.”

A neighbor who lived next to Bing told the The Post Wednesday he was a loner.

Neighbor Yvette Wyatt, 67, a retired school music teacher, said: “He was weird. He never spoke to anyone.

“He would just get in his car, leave and come back. He was unfriendly.

“I would wave and say ‘good morning’ and he wouldn’t react, he never even acknowledged I said anything. He wouldn’t even look at me. He was very aloof.”

Walmart Chief Executive Doug McMillon shared his condolences for the victims in a LinkedIn update on Wednesday.

“The devastating news of last night’s shooting at our Chesapeake store at the hands of one of our associates has hit our Walmart family hard,” the post read.

“My heart hurts for our associates and the community who have lost or injured loved ones. We are here for them today and in the challenging days ahead they will have our support.”

Bing’s rampage is not the first instance of gun violence at the retail giant. In 2019, 23 people were killed when a gunman opened fire at an El Paso, Texas location.

In response to the shooting, which law enforcement described as an act of domestic terrorism, Walmart enforced restrictions on gun and ammunition sales. 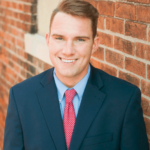 Compete with Yourself – Leading As Lawyers 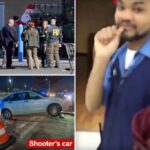