Brittney Griner’s wife exhaled for the first time in ten months when she learned her WNBA superstar spouse was heading home earlier this month after being freed from a Russian prison.

“I had thought about that moment a thousand times, and I thought I would be full of tears,” Cherelle Griner told People of receiving the good news in the Oval Office on Dec. 8. “But I was overwhelmingly happy.

“It was the first time I was able to finally exhale, and I’m like, ‘Oh, thank God, this is such a great day.’”

Cherelle admitted to the outlet in the interview published Tuesday that for many days she felt hopeless after her wife was arrested at a Moscow airport on Feb. 17 for drug possession for allegedly carrying vape cartridges of cannabis oil. The 32-year-old later pleaded guilty in a Russian court to drug charges and was handed a harsh nine-year sentence at a ghastly Russian penal colony.

“It was almost as if somebody just punched you in the stomach and you inhaled,” Cherelle said of the unfathomable ordeal. “You never get to breathe out.”

“I was hopeless a lot of days,” Cherelle additionally told People. “You try and stay grounded, but I’m human. Still, I would never completely give up hope on my wife’s life.”

The partners were finally reunited at an air base in San Antonio after the United States traded Russian arms dealer Viktor Bout for the Phoenix Mercury center. But the prisoner exchange left out American and former US Marine Paul Whelan, who remains locked up in a Russian prison after initial efforts were made to bring him home along with Griner.

As Cherelle stood on the tarmac, she said her eyes locked with Brittney’s from a window on the plane, according to People.

“We were both just instantly crying,” she said. “I was standing there full of tears and someone ran over and handed me a handkerchief. I definitely needed it.”

The two quickly embraced each other tight, Cherelle recalled.

“I couldn’t stop touching her face,” Cherelle reportedly said. “I was like, ‘Is this really you?’ It did not feel real. It was chilling — and warm. I was just holding on tight. I couldn’t let her go.”

The pair have been making up for lost time since Brittney’s return with Cherelle saying that they both are getting caught up on what each went through for almost the past year. They were rarely able to connect while Brittney was stranded in Russia.

“The first night, we didn’t sleep at all,” Cherelle explained to People. “We just talked all night long and all morning.

“And it was so good to be able to do it without three weeks in between the conversation, because for 10 months we were passing letters. It was great to have that dialogue back and forth.” 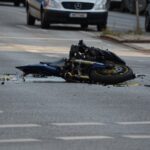 Injuries You Can Seek Compensation For 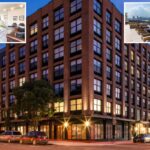 Luxury building tenants have CrossFit gym — but no heat, gas