That race to No. 1 has always coursed through our collective veins. At times, it’s even fostered a grand American tradition of cutting corners. We’ve seen steroids in baseball; the Houston Astros’ sign-stealing scandal; the Patriots’ Spygate and Deflategate sagas; Lance Armstrong’s legacy tarnished by doping; Rosie Ruiz faking the Boston Marathon – and my own brother playing Monopoly.

Of course, we’re not the only ones taking an unscrupulous approach to competition. Sure, we’ve all seen the needle go into villain Ivan Drago’s bicep in “Rocky IV,” but real-life Olympic doping scandals have come out of many countries, including East Germany and Russia.

It also turns out, scheming, fixing and lying isn’t only limited to big-money, high-profile sports.

Recently, we’ve had a pile-up of outrageous cheating accusations in the types of niche sports you might find broadcasting on ESPN 19 at 2 a.m.

The first one was reeled in from the sport of fishing, specifically the Lake Erie Walleye Trail tournament in Ohio in which the winners stood to collect nearly $29,000 in prize money. Organizers grew suspicious when Chase Cominsky and Jacob Runyan’s haul was much heavier than it appeared. In a video that has gone viral, they cut into the freshwater fish and discovered weights that looked like lead balls stuffed into it. The duo’s previous victories are now being questioned, and they’ve been mum on the allegations.

During a match last week, Grandmaster Hans Niemann had his tuchus checked for foreign objects after it was alleged that his September upset of Magnus Carlsen may have been the result of backdoor dealings. Pundits accused Niemann of tapping into a remote computer via the vibrating sex toy during the match. Niemann admitted to cheating as a child but denied the most recent charges.

The poker world has also been enveloped in a messy brouhaha after top poker player Garrett Adelstein accused fellow pro Robbi Jade Lew of being a part of a cheating ring with three other participants. Though Lew denied the charges, she gave him back his $135,000 in chips to avoid drama – though it only seemed to generate more headlines.

Apparently not even the world of Irish dancing is safe from disgrace, with several prestigious instructors accused of fixing competitions last week. Damning text messages have been turned over to investigators.

To cap off this cheat-a-palooza, the Miss USA contestants have showed the ugly side of beauty pageants, claiming the latest competition was blatantly rigged for winner Miss Texas. “Most of the Miss USA contestants feel very strongly that there was favoritism towards Miss Texas USA and we have the receipts to prove it,” Miss Montana Heather Lee O’Keefe claimed in a TikTok video.

Both Miss USA and winner R’Bonney Gabriel have denied the allegations, but Miss Universe is now launching an investigation into the matter.

Perhaps this pervasive shiftiness had been bubbling under the surface all along, and, like every Scooby Doo villain, they would have gotten away with it if not for the meddling forces of technology. Thanks to social media platforms, text messages and a camera in every hand, we can not only bust a cheater but broadcast their malfeasance far outside these relatively insular worlds.

After all, the bloated walleye, as spectacular a fish it is, couldn’t have sounded the alarm on its own.

Sure, some of these cons verge on the comical. Maybe we should just turn cheating into its own sport to see who will hold the championship belt of shame after it’s all done and dusted.

But overall, they’re sad revelations. Cheating erodes integrity and people’s inclinations to compete in the first place. It also diminishes one of the greatest reasons for competition: learning grace in victory – and defeat.

Whether these people are driven by power, a little cash or notoriety, their ill-gotten trophies have a permanent tarnish that can never be wiped clean. 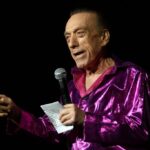 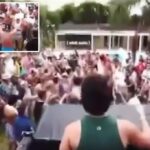