90 Day Fiancé star Charlie Potthast tells his sister Elizabeth Potthast and his brother-in-law Andrei Castravet to “just get over it,” amid their rift in an exclusive video interview with In Touch.

“Stop hating,” the TLC alum exclusively tells In Touch. Meanwhile, his wife, Megan Potthast, adds, “Life’s too short to hate on your own family.”

The mom of four also mentioned a time the pair found themselves at the same restaurant and Libby and Andrei “acted like they didn’t even know who we were.”

“They talk about him like he is some kind of monster, and it really affects me more than him,” Megan continues. “And you’re just trashing him for what? Just to like, give yourselves something to talk about. What, what is it?”

On the latest chapter of 90 Day Fiancé: Happily Ever After, Andrei revealed the Potthast family had cut off contact with Charlie since the season 6 tell-all, which aired in August 2021. Following the fight that broke out at their family barbecue during the season, the 90 Day Fiancé couple made the decision to distance themselves from her brother.

“I didn’t survive cancer to see my family fighting on my back porch,” their father, Chuck Potthast, said during the season 7 premiere of the spinoff, which aired in September 2022. “It’s put a strain on things. This is the most fractured we’ve ever been.”

While it upsets Charlie when they exclude him, he adds, “They’re not only excluding me, but they’re excluding my kids.”

Despite their youngest child, Josiah, and Elizabeth’s daughter, Eleanor, being born 19 days apart, Meg says he “had no idea who she was.”

“You’re not thinking about my kids and like, you know, they all have daughters and sons, you know what I’m saying?” Charlie continues. “You’re not letting them grow up together … Like when I was growing up, I was always with my cousins. Your cousins are your first best friends.” 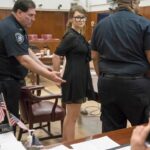 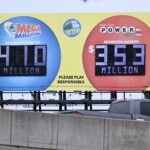